A claim by a former government HR executive over sexual harassment has been dismissed by a tribunal. 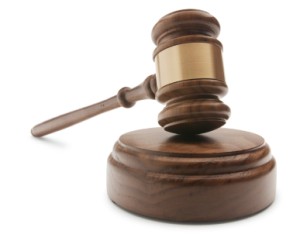 v>A public employee who claimed that her supervisor has sexually harassed her has lost her claim against the Department of Human Resources and Skills Development that they failed to deal with the issue and retaliated.
Zabia Chamberlain’s case dates back to 2007, the time she claims that her former boss began invading her personal space, inappropriately touching her and being abusive. She filed a complaint in May 2008 and fell ill shortly after and did not return to work.

The assistant deputy minister investigated her complaint and concluded that Chamberlain’s supervisor had violated the department’s harassment policy but she was not happy with the investigation report.

Although she was offered alternative roles within the department, Ms. Chamberlain was limited by her illness and some of the competition for the roles was controlled by the supervisor about whom she had complained.

Chamberlain took her case to the Public Service Labour Relations Board which dismissed her case in 2010 on a preliminary basis. That led to further complaints being filed with the Board including one against the ruling member of the Board itself.

Following a three year hearing the Board concluded that Chamberlain had failed to provide sufficient evidence that she was unfairly treated following her initial claim. Board member George Filliter wrote: "I have reviewed all of the evidence and conclude that whether I look at the allegations separately, together or as a whole, the complainant has not proven any act of retaliation.”

In the 182 judgement he said of Chamberlain: “If ever there was a case involving a querulous litigant, this would be one. She challenged some of my procedural decisions with words such as, ‘So, you're siding with the employer’. And she maintained the retirement of a senior department employee with whom she had worked for many years was an act of reprisal against her by the respondent.”

Still unhappy with the way she was treated Chamberlain took the case to the Federal Court of Appeal, which dismissed it, and the Supreme Court, which refused a judicial review.