From a pound of free coffee to a case of complementary beer – these companies offer some slightly unusual employee benefits. 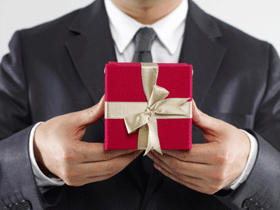 It&
#39;s last call for retirees at Labatt Breweries of Canada. For decades, they've been offered a weekly case of beer for free, but that comes to an end as of Jan. 1, 2019.

Labatt spokesman Charlie Angelakos said Monday the brewer is ending the treat after it surveyed other Canadian beer and consumer packaged goods companies and found that none offered free products to retirees. Current employees still get a dozen cans or bottles each week.

The decision has raised discussion about some of the unique perks companies provide to their staff. Here's a look at some of them:

Employees at the coffee chain get one free pound of coffee or tea per week as well as a discount of 30 per cent on all products.

Full-time employees at the five-year-old Toronto brewery receive up to eight litres of free beer per week. They can accept it in cans or bottles or save up and get a keg for a special event, says owner Tom Peterson.

The Calgary-based maker of whisky, vodka and other spirits offers its employees one free bottle per year, usually a new product, distributed at its Christmas party.

During new model launches, Toyota lends some of its employees a brand new car for 24 hours and pays for the gasoline.

The unit of Canadian Tire that operates SportChek and other chains offers employees at its Calgary headquarters free access to a gym, a CrossFit studio, a yoga studio, an in-house personal trainer and up to 20 different fitness classes a week.


Does your organization offer any particularly unique perks? Let us know by leaving a comment below or contacting [email protected]