A Sears employee caught on camera making racist comments shows HR needs to step up the training for frontline staff. 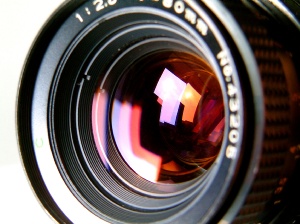 Sea
rs has suspended an employee who was caught making racially charged comments to a customer.

Facebook user Ethan Pineapple Frobischer posted the video on Saturday showing a Sears employee yelling at a customer who reportedly put his child on a display lawnmower.

Frobischer filmed the exchange, in which the employee can be clearly heard asking the customer if he “just came off the boat?”

The customer immediately starts demanding that the man be fired.

The video had had almost 1000 shares and more than 70 comments since it was posted on Saturday.

“That guy deserves to be fired,” wrote Lisa Brisebois-Breti.

Others were less convinced that the customer was in the right.

“There’s no excuse for saying what the guy said and I hope he loses his job. But is the other guy any better?” wrote Daniel Christian Csatari.

A Sears manager told CTV that the employee in question has since been suspended. She said the store’s general manager has been made aware of the situation, and that it was unfortunate that other customers and employees were forced to witness the exchange.

Anti-harassment policies should extend to customers and other third parties and should be part of the onboarding process. Make sure employees are regularly reminded of their obligations.

However, Sears would be managing the incident as an internal issue and investigation if the employee had not been caught on camera. The incidents of employees being caught behaving badly at work are only increasing, so it’s important HR start to address that as well.

Organizations with a large number of public-facing employees would be wise to incorporate a session on video and phone recording in their onboarding process and to remind employees that nothing is off the record.

Watch the video below. Please be aware it contains profanities that may offend some people.
Post by Ethan Pinnapple Frobisher.