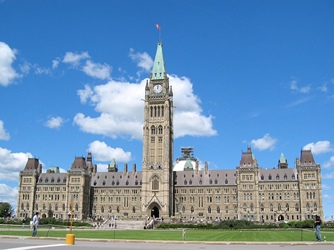 Whe
n the recent Parliament Hill sexual harassment scandal hit the headlines, the nation was shocked to learn that such behaviour was thriving in the halls of our government.

Now, the Board of Internal Economy has officially unveiled a new workplace policy which seeks to stamp out workplace bullying, sexual or otherwise, once and for all - but it seems there are still some major gaps in the system.

"The [Board] is responsible for employee relationships on the Hill,” said New Democrat MP and Board member Philip Toone, “we are not responsible for the privileges that exist between MPs."

The new policy may include new processes for filing complaints, carrying out investigations, conducting appeals and communicating results - but it doesn’t cover disputes between MPs.

The policy also comes as the Commons struggles to deal with misconduct allegations that two female NDP MPs have levelled against two male Liberal MPs.

"This was designed to fill what were perceived by some to be gaps that existed, and will be there to deal with any harassment complaints for people who are employed by Members of Parliament," defended John Duncan, Conservative Whip and board spokesman.

House of Commons Speaker Andrwe Scheer said the policy builds on the existing framework and outlines the “rights and obligations” of alleged victims and perpetrators as well as the roles and responsibilities of witnesses and “all concerned parties.”

He said that the process will allow employees to "go directly to a third party" to address concerns.