A famous tech entrepreneur has caused uproar after posting advice which his own daughter later slammed as “sexist, ableist, and racist.” 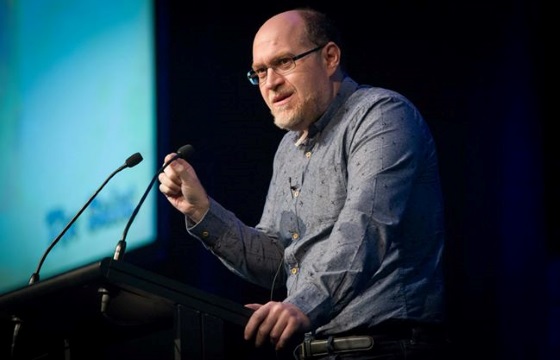 A f
amous tech entrepreneur has caused uproar in the industry after posting recruitment advice which his own daughter later slammed as “sexist, ableist, and racist.”

Alex St. John has been an exec in the video game industry for decades, helping create Microsoft’s original DirectX technology platform which established the company as a dominant player.

He’s since founded gaming company WildTangent software and was appointed president and CTO of Hi5, a social networking site with an emphasis on online gaming but despite his success and obvious talent for innovation, it seems St. John’s approach to HR is a lot less advanced.

Last week, the outspoken industry giant published a controversial article criticizing video game developers who complain about the long-hours and low pay – both of which are notorious within the field.

While the internet went into frenzy over the disagreeable article, an even more disturbing slide-show came to light – one which St. John had previously created for recruiting purposes and posted on his own blog.

Titled “Recruiting, Training and Retraining Giants,” the apparently-innocent slideshow soon takes a nosedive into offensive advice. Here are just some of the top tips St. John – self-styled as “The Saint”– shares.
St. John even used images of his own daughter – herself an accomplished game developer – alongside the section on female tech talent.

While the derisive leader did suggest women made better leaders than their male counterparts, his daughter Amilia spoke out about the article, calling it a “horrific toddler meltdown.”

The 22-year-old admits she was shocked after reading the “extremely distasteful” slides which reveal “revolting opinions regarding women, minorities and the mentally handicapped in the tech industry.”

“Since these findings, countless others and I have found ourselves at a loss for words how anyone, especially someone in a position of power, can think that it is acceptable to broadcast such offensive material,” she adds.