Further details on the Ontario Retirement Pension Plan were released yesterday along with a warning to employers. 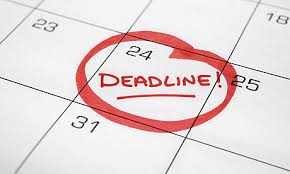 Fur
ther details about the Ontario Retirement Pension Plan were released yesterday including a clearer definition of exactly who qualifies – information that may have sent some employers into an unexpected spin.

The Ontario Chamber of Commerce said the new definition of employees to be included in the ORPP has been expanded to include federally regulated companies – an extensive group that includes banks, broadcasters, telecommunications firms and federal Crown corporations.

The ORPP now applies to any person who works full-time or part-time in Ontario and does not have a comparable company pension plan although many federally regulated companies already have their own pension plans so it’s not yet clear how many more workers will be affected.

“This definition captures a greater number of businesses than many anticipated, including federally regulated businesses,” the chamber said in a statement, before reminding employers that they’re up against “tight deadlines” as the plan takes effect on January 1, 2017.

It was also confirmed that the benefits paid out under the provincial plan would be indexed to inflation and there will be survivor benefits equal to 60 per cent for a spouse, with a lump sum going to the estate if the ORPP member dies before retirement.

“Our government is unwavering in its focus on ensuring a financially secure retirement for every worker in our province through the Ontario Retirement Pension Plan,” province Premier Kathleen Wynne said yesterday.