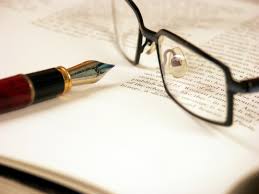 A n
ew report on mental health and addiction in Ontario has been released and one industry lawyer says it should be of particular interest to employers.

The Ontario Human Rights Commission (OHRC) report examines the multitude of obstacles faced by individuals suffering from an addiction or mental illness but, according to Kristin Taylor, it also deals with the effect on Canada’s labour force.

“Many readers may be surprised by the prevalence of mental health and addiction disabilities in the workforce,” warns Taylor – approximately five per cent of Ontarians over the age of 15 currently identify themselves as having a mental health or addiction-based disability.

The report also reveals that a staggering 90.5 per cent of all individuals who have a mental health or addiction disability also have another, coexisting form of disability.

And those who are employed are often subjected to an unfair work environment.

“When employed, persons with mental health and addiction issues report experiencing high levels of harassment and discrimination,” says Taylor. “[Sixty-seven per cent] of those surveyed reported feeling disadvantaged at work, stating that they had been refused interviews, refused promotions or otherwise treated poorly because of their disability.”

Worryingly, the OHRC report also found that a third of employees who identify as having an addiction or mental health disability do not plan on telling employers or requesting any additional accommodation.

“Employers should be mindful of case law that requires them to proactively investigate whether or not an employee's unusual behaviour is indicative of a mental disorder,” advises Taylor. (Continued...) #pb#

Taylor highlighted a 2010 Federal Court of Canada case, in which the court had to consider whether the Canadian Human Rights Commission (CHRC) had erred in declining to deal with one Quebec employee’s complaint.

Employee François Dupuis claimed he had been discriminated against because his employers at the Department of Foreign Affairs and International Trade (DFAIT) should have refused his resignation when it was offered.

Dupuis said he was experiencing a mental disorder at the time and bosses should have declined, directing him to seek medical attention instead.

The court held that it was unreasonable for the CHRC to refuse to deal with the complaint and said the DFAIT should have known something was wrong because consultant Dupuis had recently purchased a house and was being considered for a permanent role.

“Cases like [Dupuis v. Canada 2010 FC 511] illustrate the challenges faced by employers with employees who have undisclosed mental health issues,” says Taylor. “Most employers would prefer to respect the privacy and autonomy of their employees and refrain from prying into what is obviously a very personal sphere.”