Morningstar HR chief: how to avoid acquiring a D player

A game-changer in financial recruitment shares the unique ways it finds the best talent. 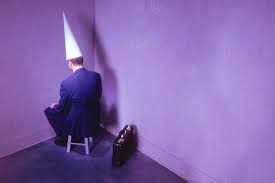 As
a market leader overseeing US$169 billion in assets throughout 27 countries worldwide, Morningstar Research has little room to hire any candidates who will not meet or exceed expectations if granted employment with the firm.

“We don’t believe that sometimes you just need to get somebody in the door and thus it’s OK to have a D player,” said Bevin Desmond, head of global markets and HR.

In order to select the most qualified from among the countless resumes it receives every year, the firm has developed a system that allows each applicant, regardless of the job in question, to meet with a senior executive at some point during the interview process.

“By including senior managers in the process, it emphasizes to everybody involved how important this is to us,” Desmond said. “It’s also a great recruiting tool. We always hear from people who interviewed with five or six companies that we stood out, because the chance to meet the CEO of a company like Morningstar, especially for those who interviewed right out of school, was amazing.”

“For example, if its’ a technical position, we will have the applicant meet with product managers, designers, and support people. Anybody who interfaces with that job will be part of the interview process.”

Finally, although Morningstar is a financial services firm specializing in sophisticated analysis and research, the majority of its entry-level graduates are actually liberal arts majors.

“The interesting thing that distinguishes us is that we’re more concerned with the way people think over the training they may have received in the past,” said Desmond.

This has the added benefit of allowing for quick redeployment whenever an open role needs to be filled immediately. In fact, Morningstar Canada’s CEO started out in tech, moved on to products, then data, and “practically every job until eventually becoming CEO.”