Medical marijuana – it’s all about impairment

The president of the Medicinal Cannabis Resource Centre told HRM that some employers need to reconsider their workplace policies. 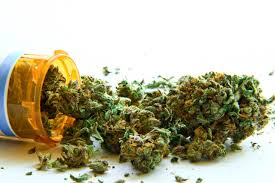 Med
ical marijuana has become a top priority for many HR professionals – or rather work policies surrounding them have – but with a lack of official legislation guiding us, it can be difficult to sort the fact from fiction.
Here, one expert told HRM the truth about medical marijuana and its impact in the workplace.

“The most important thing regarding medicinal cannabis and employment is impairment,” says Terry Roycroft, president of the Medicinal Cannabis Resource Centre Inc. “An employee may be using cannabis medicinally, but this does not necessarily mean that the employee is impaired while at the workplace.”

So how are employers supposed to know? According to Roycroft, the side-effects of medical marijuana vary from person to person and even drug tests aren’t a fair indicator of impairment.

“In terms of impairment, the effects of cannabis varies amongst individuals based on experience, susceptibility, blood pressure levels, as well the symptoms that the patient is using cannabis to treat,” reveals Roycroft.

“A number of our patients may also only use cannabis at night for assistance with sleep,” he continues. “This would in turn, effect the THC levels that would show up in a urine test but would not affect the patient's functionality in the workplace.”

At present, Health Canada states that dried marijuana is not an approved drug or medicine: “The Government of Canada does not endorse the use of marijuana, but the courts have required reasonable access to a legal source of marijuana when authorized by a physician."

But, Roycroft told HRM that it’s possible for trained physicians to create personalised plans that suit a patient’s lifestyle, therefore reducing risk in the workplace – “For instance, they can suggest a strain low in THC for daytime use or a form of administration that will not give any psychotropic effects.”

Roycroft says its time employers were properly educated on medical marijuana so they can make an informed decision on their workplace policies.

Employment lawyer David Whitten agrees, and said there was still a lot of stigmatization around the drug.

"A lot of people are basing their thoughts and ideas on movies that came out in the '80s,” he said. “We've come a long way since then and it's recognized just like any other medication.”

On June 16, Terry Roycroft will be dispelling the myths surrounding medical marijuana in the workplace and filling HR professionals in with all they need to know. He is joined by a bevy of other influential industry leaders who will be sharing their insights at the HR Masterclass in Vancouver.

To find out more about the HR Masterclass – or to secure a space – click here.