Canadians are torn almost 50/50 when asked if they’d continue working when they didn’t necessarily have to. 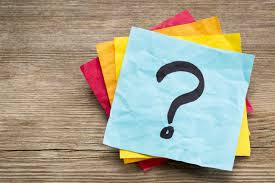 A s
urvey asking Canadians if they’d continue working when they didn’t necessarily have to has split public opinion, with approximately half of the population saying they’d stay and half admitting they’d be straight out the door.

Conducted by Leger and commissioned by Monster Canada, the survey found that 47 per cent of Canadians would choose to continue working in such a situation while only slightly more – 49 per cent – would leave working life behind.

Interestingly, the split widened when separated by gender as 53 per cent of men said they’d continue their careers compared to just 41 per cent of women.

Many Canadians also expressed a clear interest in continuing work outside of their current field – of those who said they wouldn’t abandon work, 53 per cent said they’d pursue a job that better compliments their passions instead.

Millennials were most likely to choose this option (66 per cent), compared to 60 per cent of men and just 45 per cent of women.
Only one-third of respondents said they’d continue working in their current field.

Despite the desire to work in a field that reflects personal interests, it seems more time off was the leading preference among Canadians – nearly two-thirds (63 per cent) of respondents who said they’d keep working indicated they’d do so on a part-time basis.

Women were particularly interested in this part-time possibility with 72 per cent favouring the structure compared to just 56 per cent of men.
“Maybe one day people will have a choice between working 40 hours a week or doing something else and the day it happens, many companies are going to struggle because why would people come to work if they’re not as obliged tomorrow as they are today?” asked chief people and culture officer, Laurent Sylvestre.