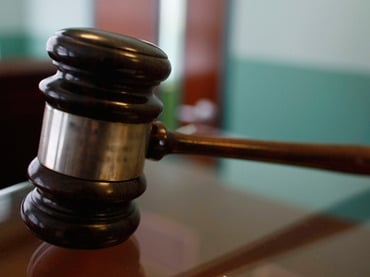 In
a rare positive decision for a racial profiling case, Shoppers Drug Mart has been ordered to pay $8,000 to one persecuted customer – experts say the ruling serves as an important warning to employers.

In 2011, Mary McCarthy was confronted by Shoppers Drug Mart employee Ujjaijjini Balachandra, who accused the employment counsellor of stealing before searching her backpack.

McCarthy, who had briefly unzipped her bag to retrieve packaging, was certain her skin colour was the only factor provoking the employee’s suspicion and, in a rare ruling four years later, the Human Rights Tribunal of Ontario agreed.

The employee was “being influenced, consciously or unconsciously, by the stereotype that black people are thieves,” the recent ruling states – Shoppers Drug Mart was ordered to pay McCarthy $8,000.

Tribunal adjudicator Ken Bhattacharjee acknowledged that it was reasonable for the employee to be suspicious of someone zipping up a bag as the store has a shoplifting problem but he aslo said Balachandra went beyond suspicion to a “strong belief” – a belief she herself could not adequately explain.

Bhattacharjee said this strong belief was therefore “completely illogical,” given that Balachandra did not see McCarthy put anything in her bag.

The ruling also found that employee Balachandra was rude to McCarthy, did not follow Shoppers’ protocol in dealing with suspected shopliftes and tried to evade the allegation by saying she had noticed McCarthy was black.

“I think (the ruling) is a wakeup call for many people, especially store owners and staff, to adhere to proper protocol when they suspect someone of shoplifting, not to go on the looks of someone,” McCarthy told the Toronto Star.

While employee Balachandra’s behaviour was out of-line with official Shoppers policy, the organization was still forced to pay-up – employment lawyers at Kent Employment Law told HRM that “vicarious liability” is to blame. (Continued...) #pb#

“Employers will generally be vicariously liable for actions of their employees when those employees are acting within the normal scope of their duties,” said Andres Barker. “As a result employees become a de facto extension of the business, and people may make inferences about the corporate culture based on incidents like this one. “

“[Vicarious liability] operates in much the same way as a motor vehicle accident claim,” explains Richard Johnson. “If a car accident occurs and someone is injured, that person usually sues both the driver and the owner of the car (if they are not the same person).  The owner of the car can be legally responsible for the actions of those he lets drive his car.

“This concept is the same in the employment context, and many employers are unaware of the minefield of potential legal liability they could face from not having appropriate policies in place, not training their staff on those policies and protocols, and in not disciplining employees appropriately when policies or protocols are violated.”

“Employers should ensure they have clear policies in place to prevent discrimination, especially when sensitive issues are involved such as monitoring suspicious customers,” stresses Barker. “This is a particular area where people’s ingrained attitudes and biases may interfere with their judgment, and employers should ensure employees are well apprised on when it is appropriate to monitor a customer, what they may demand of a customer they suspect of shoplifting, and when they may refuse service and direct someone to leave the premises.”

Heather Hettiarachichi said there are four essential steps employers should take to protect themselves from similar situations:
More like this:

HR below par on global mobility

How to handle employee addiction