Almost 30,000 unionized workers are expected to picket after members of Local 1000A voted to reject a labour deal. 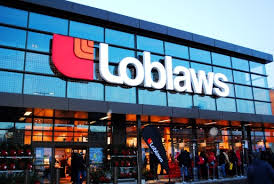 The
union representing almost 30,000 Loblaws employees has confirmed it is “ramping up strike preparations” after members overwhelmingly voted to reject a “tentative” labour deal the collective bargaining body had reached with the company.

The United Food and Commercial Workers Union, Local 1000A, speaks for thousands of Loblaws, Zehrs, and Fortinos employees across Ontario – it said in a statement that members had cast their votes in a series of ballots.

“The final percentages will be provided early this week once all segregated ballots have been considered, but the fact the tentative agreement was rejected won't change," the union said.

It added that strike preparations are already underway after members had previously given their union a strike mandate – with 97 per cent in favour.

"As part of the preparations, picket captains have been called upon for training which will be conducted this week," the union said.

Loblaws spokesman Kevin Grog declined to comment; “We have a standing agreement with the union that we will not offer details, comments or speculation at this time," he said in a statement.

Employees could begin striking as soon a July 2, with working hours, scheduling, wages, and benefits all to be worked out during the negotiation process.

However, the move does not mean a strike would affect all Loblaw-owned grocery stores in the province – Local 1000A represents workers in the Ottawa and Greater Toronto Area.

A list of the locations where it represents employees is available on the union’s site.

Unpaid interns – are they really employees?

How Google does performance management