Lighter Side: Is this the worst job ad in the world ever? 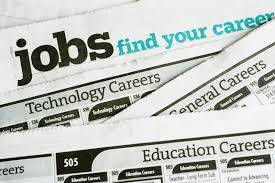 An
eccentric academic seeking to employ “a charismatic literary assistant” may have crafted the “worst job ad ever” according to scores of Twitter users who compared the posting to a desperate lonely-hearts ad.

The multi-talented employee, potentially with multi-personalities, would be required to join the full-time novelist in Sicily for “the international adventure of researching and writing the greatest love story ever told.”

Many social media users were sure the post was a joke but the advert has actually been attributed to Oxford graduate and former businessman Stratos Malamatinas, who made headlines in 2011 as the director of a company selling essays to university students.

The unbelievable advertisement tells potential applicants that they will need to “triple as a sedulous personal assistant and glamourous hostess managing the social events calendar for a busy Sicilian villa.”

Keen-eyed observers also pointed out similarities between the ad and a recent posting on MillionaireMatchmakerOnline.net in which a “gentleman novelist” seeks a “beguiling companion.”

Disappointingly – for any aspirational muses at least – the advert was removed from the online job sites after just a few days.