Lighter side: International permission needed to open the blinds

Workers in a Scottish office must phone England each day for permission to open their office blinds. 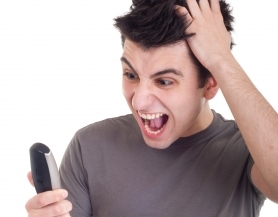 A decision to centralise business processes has left Scottish employees in the dark – literally.

Employees in BBC Scotland’s Glasgow headquarters must phone an English office nearly 500km (307 miles) away for permission to open the office blinds each day, according to HR Grapevine.

The organisation outsourced its facilities management to an English firm and the Scottish workers must call the firm to approve decisions about building control, including opening and shutting the blinds, which are electronically controlled to manage the levels of sunlight allowed through.

A BBC insider reportedly told The Scotsman that there was a number to call for making office decisions.

“There is a number you have to phone to open or shut the blinds. If you want to take a partition away in a green room – you have to phone the number in England. They then phone staff in Scotland who actually carry out the action. It’s a total bureaucracy – it’s ridiculous.”

According to a BBC spokesman, facilities management was outsourced to one provider for all of the UK as a cost-saving measure.

“Under this system, staff can call one centralised service centre, which is available 24 hours a day. Any works are then allocated to local teams.”