Stupid “employees” who tried to sue for unpaid overtime had been swindling bosses for months. 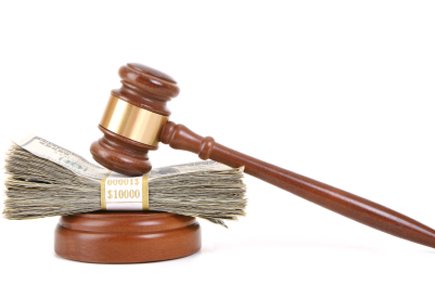 Som
etimes employees can be so brazen it’s beyond belief – and that’s certainly the case for this employer who was shocked to discover exactly who he was being sued by.

Florida businessman Steven Miller was sued for unpaid overtime but his suspicion was immediately roused when he didn’t recognize one of the names on the lawsuit – Brenda White.

He checked and found that White had in fact been on his payroll for $8 per hour for several months and had been paid a total of $21,218. But Miller wasn’t convinced – why was she the only employee he didn’t know by name?

Questioning some of his employees, Miller found some of them knew who she was but nobody could recall her ever working for the business.

Miller's conclusion, outlined in court records, was this: White had somehow gotten on his payroll without ever working for him. Now, she was asking to be paid overtime for work she never did.

So how did White’s name get on the payroll in the first place?

A perfect storm of dishonest employees, it seems. White’s boyfriend, John Sederquist, had worked for Miller's company and was the other name on the lawsuit.

Then, the person coordinating payroll at the time turned out to be a thief and is now serving 20 years’ probation paying compensation.

We hope Miller has better luck with his hires in future…

Massive payout for worker who feared “mark of the Beast”