In the Tri-Cities, women earn just 66 per cent of what a man makes – but even the best municipalities aren’t equal. 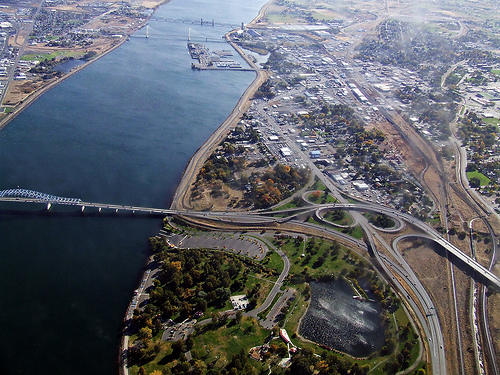 A new report into Canada’s gender gap is revealing exactly where women would be best – and worst – placed to relocate but it seems there’s still no region offering genuinely equal employment opportunities.

“The reality is Canada has a gender gap,” says senior researcher Kate McInturff. “When it comes to pay, jobs and safety, men and women still don’t get equal treatment in Canada.  We need to take stock of the gaps so we can close them.”

McIntuff worked with the Canadian centre for Policy Alternatives to provide a comprehensive guide of what Canada’s doing right – and wrong – when it comes to equal employment opportunities for men and women.

Victoria takes overall top-spot in the survey – it’s the only major Canadian city where women outnumber men on municipal council and it also boasts virtually equal levels of employment, with women trailing by just three per cent.

Gatineau comes in a close second and while it has the lowest gender wage gap in the country, women can still only expect to make 87 per cent of what a man does.

Getting women into executive seats is a challenge for many HR managers but Oshawa can be proud of its efforts – 44 per cent of senior managers are women.

In last place, women in Kitchener-Waterloo face the biggest gender pay gap in the country – earning just 66 per cent of what men do.

But McInturff insists that ranking the cities isn’t about competition – “it’s about identifying what works in one community and bringing it home to another so that every city in Canada is a good place to be a woman,” she explained.