Is this the key to successful L&D programs?

A business academic who developed a globally utilised executive development program explains why his model has been a success. 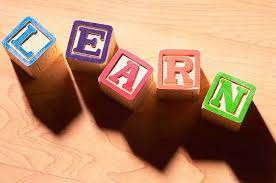 An
academic from the University of Technology Sydney (UTS) Business School believes he has the reason for learning and development (L&D) programs failing to follow participants back into the workplace.

Professor Emmanuel Josserand developed the Self-Leadership Lab, which is led by development coach Suzanne Salter.
Created in 2008 for the University of Geneva’s executive MBA, the program now has over 1400 graduates around the globe. It is now offered at the UTS Business School through executive programs.

Josserand describes the program as a blend of theory, diagnostics and ‘doing’ in groups of four to six people over a course of 20 weeks.

“Leadership development is still generally applied in terms of ‘training’,” Josserand said.
“However, traditional classroom training and two-day workshops are not the answer.”

At the beginning of the lab sessions, executives are asked to reflect on their values.

“The common link is self-awareness; being more reflective about ourselves in order to cope with the pressures of what we do in our jobs.”

He added that there is one difference between the labs and traditional L&D models that set his program apart.

“Often you have this training for a day or two, you undertake a 360 and get the feedback in a one-hour session, and for a few days afterwards you think about it,” Josserand explained.

“And that’s it. It’s done. There is no continuity. That’s why a five month process is more effective.”