Is the CHRP designation worth it?

A new report shows CHRP links to higher pay and increased job listings, but some HR pros question its value. 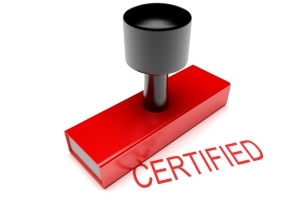 HR professionals with the CHRP earn 13% more each year than their colleagues without certification, but some HR pros say they’re better off without it.

According to a report from the Human Resources Professionals Association (HRPA) and PayScale, Inc.  there is a correlation of the Certified Human Resources Professional (CHRP) designation with better earning potential and career progression. The new report, Fuel for HR Careers, shows HR managers holding a CHRP typically have annual salaries that are 13% higher than colleagues without the certification.

Payscale lead economist Katie Bardaro said the report findings were consistent with other research showing there were only a few ways to positively impact pay for white collar jobs, with certifications being one of them.

"The increased earning potential for the CHRP is particularly impressive, demonstrating employers are willing to pay significantly more to attract HR professionals with these credentials,” Bardaro said.

However, some CHRP holders intend to let their designation lapse because they don’t see it as an advantage in their career.

BC HR adviser Kent DeWolfe originally worked to get the designation when he chose to move into HR, hoping it would help him progress, but said he did not see it as an advantage in his career.

“I have the education, work experience and designation but it wasn’t doing anything to get me interviews,” DeWolfe said. “Once I got my designation they started changing the rules and now it’s cost prohibitive and there’s no grandfathering.”

DeWolfe said he used to be able to get enough points from attending the annual HR conference in BC to maintain the designation, but that was no longer the case. He intended to let his lapse, and said he had a few colleagues who had had the designation in the past but chose not to renew it because of the cost.

BC HRMA senior manager of professional practice Christian Codrington said the study results showed the importance of the designation for HR professionals, but said it was still young compared to other professions.

“I can understand him thinking ‘I don’t want to pay’, but I think attending a conference once a year is not sufficient for professional development,” Codrington said. “Without the designation an HR professional is choosing not to show that they are investing in their career. They might be doing it, but they’re not showing it.”

He said as the designation matured it would become more important, and a high standard had to be set to maintain its credibility.

Toronto HRPA spokesperson Duff McCutcheon said the organization had a whole year’s worth of professional development opportunities, including affordable options.

Other highlights from the Fuel for HR Careers report include:

Are you a CHRP? Why or why not?