Inside an epic recruitment drive 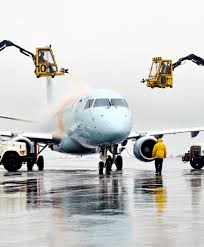 Rec
ruiting one on-point employee is hard enough but hiring 168 to perform an essential service is an entirely different task – here, GTAA’s HR leader explains exactly how the organization managed it.

“The service has a huge impact on passenger experience and satisfaction so it has to be done well,” stresses senior business partner Wilkinson, “safety and efficiently.”

But in early 2015, a series of challenges with the external service provider pushed the GTAA to make a major change – it would no longer contract the responsibility out.

“With this decision made, many things had to move quickly in order for deicing services to be up and running before the winter,” reveals Wilkinson.

“Planning for recruitment began in April for a job fair to take place in May,” reveals Wilkinson. “The first round of recruitment was targeted to employees with multiple seasons of experiences with a large scope operation including those of the former service provider applicants who were invited to attend interviews.”

Candidates were interviewed by a panel of two interviews – one from the business and operations side and another from the HR function.

“In total, the GTAA has recruited for and will hire 168 employees to fill these de-icing roles,” confirmed Wilkinson.

Despite the sheer scale of the operation and the slim time frame, bosses never lost sight of giving candidates a positive interview experience too. (Continued...)

#pb# Attendees at both fairs were welcomed by greeters and an impressive spread of food – while interviews took place, other hopefuls could hear about the company’s culture and find out what they could expect from the organization.

With less experienced candidates showing up in round two, execs even parked de-icing trucks – which can reach up to 15 metres – in the parking lot.

“Some candidates might not have known what they were getting themselves in for,” joked Wilkinson. “If you don’t like heights, you’re definitely not going to want the job.”

The GTAA also held meet and greet sessions for the new hires on various start dates with both management and HR representatives in attendance.

“This was very well received,” revealed Wilkinson. “The new employees felt part of the team on day one.”

The epic recruitment push could have been easily hampered by one – or several – of the many obstacles in the GTAA’s way.

“Aside from tight time frames there were lots of logistics in planning the job fair and coordinating all the various activities from the initial application to the acceptance of the offer,” says Wilkinson – and that goes without mentioning all the other dependencies such as coordinating pre-employment medicals, uniform measuring and security passes.

While the situation might seem fairly unique, employers may find themselves in a position where they have to recruit quickly and on a big scale – so what advice would Wilkinson offer?

“Having a detailed project plan and learn as you go along,” she stresses. “We applied the things that worked really well in the first job fair to make sure the second one was even better.”

“A great team of people from various departments worked together to make this recruitment initiative a great success,” she said. “So teamwork, dedication, a never-say-no-attitude and a goal oriented mind-set was constantly present and not taken for granted.”