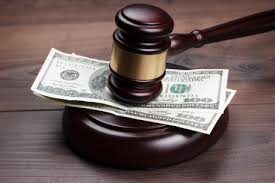 An
infamous employer must pay the equivalent of CA$1.3 million to a former worker after she won her case, alleging gender discrimination, wrongful termination and sexual harassment.

Minakshi Jafa-Bodden will receive US$924,500 from global yoga guru Bikram Choundhury after jurors reached a unanimous verdict in her favour, agreeing that the 69-year-old had acted with malice, oppression and fraud.

Represented by Carla Minnard and Mark Quigley, Jafa-Bodden said in her lawsuit that Choudhury repeatedly sexually harassed her and subjected her to obscene comments about women and minority groups.

She also accused Choudhury of pressuring her to cover up his sexual harassment of women and insisted that she was fired after she began investigating claims that he had raped a yoga student.

“Jafa-Bodden faced retaliation and intimidation when she refused to stay silent about witnessing illegal behaviour,” Quigley said. “This verdict sends an important message, that speaking out when you see signs of sexual abuse is the right thing to do.”

The jury’s findings now grant Jafa-Bodden the ability to seek punitive damages and could set a precedent for future cases against the eccentric guru – there are currently several lawsuits filed against Choundhury, who built a yoga empire after moving to California in 1971.

In recent years, six other women have sued the industry innovator, alleging sexual assault of harassment – he strongly denies each accusation.