From high heels to short skirts, some employers enforce a different dress code on female workers – but just what is discriminatory? 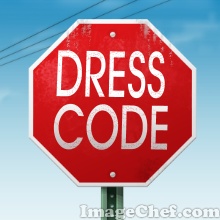 Rec
ently, the issue of gender-specific dress codes has caught the attention of mainstream media – from high heels to short skirts, some employers enforce different uniforms upon their female employees, but is it really fair?

In an attempt to clear things up for uncertain employers, the Human Rights Commission of Ontario has responded to the recent spate of stories, clarifying its stance on gender-specific dress codes and issuing a policy position on the subject.

The policy takes aim at sexualized dress codes which have been at the crux of recent criticisms and are found mainly in the restaurant and bar industries. Specifically, the commission expressed concern towards any policies – formal or informal – which require women to wear high heels, tight dresses, low-cut tops or short skirts.

While not legally binding, the policy states that employers must "make sure that any uniform or dress code policy does not undermine employees' dignity and right to fully take place in the workplace because of Code grounds, including sex, gender identity, gender expression and creed (religion)."

“Specifically, women should not have more onerous dress requirements than men and should not be expected to dress in a sexualized way for the benefit of customers or clients,” explained leading employment lawyer John Mastoras.

According to Mastoras, the statement doesn’t represent a marked change in policy but simply reiterates the existing one.

“These same principles have been supported by human rights tribunal decisions dating as far back as the 1980s,” he stressed, before warning employers to be extra vigilant on the issue.

“With this restatement of HRCO policy and increased media attention on the subject, employers should be careful when setting formal policy and informal expectations regarding staff dress,” he advised.

What HR can learn from Woody Allen