After a lengthy absence, employers are legally allowed to ask for more substantial sick notes, rules one court. 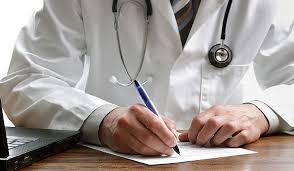 An
employer that refused to return one employee to work until he provided a more substantive doctor’s note cannot be held accountable for constructive dismissal, rules Court of Appeal.

The employee, Pete Donaldson, had been with Western Grain for approximately 20 years when he was hospitalized for 11 days due to illness. Donaldson remained off work for six months and made a claim with the Workplace Safety and Insurance Board (WSIB) stating that his symptoms were possibly related to a toxic allergic reaction to grain dust.

The WSIB later informed Donaldson that his medical records did not prove his illness was an occupational disease and the following week he offered employers a two-line note from his physician indicating he was “now capable of returning to his job.”

However, Western Grain found the note lacked the necessary information needed to safely return Donaldson to work – he was advised that he would have to present “a better doctor’s note as to his fitness level in relation to his duties and the work environment.”

The adjudicator who originally heard the matter concluded that Donaldson had been constructively dismissed because the WSIB had found that there was no medical basis for finding that Donaldson suffered from an allergic reaction, but the Federal Court of Appeal acknowledged that employers have an obligation to ensure workers’ safety and agreed that the two-line note was insufficient.

“Generally the amount of medical information to which employers are entitled positively correlates with the duration of the employee's absence from the workplace,” explained labour lawyer Terri Higdon.

“This decision appears to indicate that such satisfaction may require employees to provide a medical opinion as to why they are able to return to work after an extended absence related to an unexplained illness,” she continued.