A qualified professional who wasn’t getting any work found one little change on his resume fixed things, but this isn’t good news. 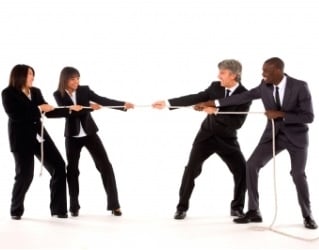 The resume is, invariably, the first meeting point of a candidate outside an employer’s networking circle.

The document that attempts to sell a candidate for an interview is all important, and job-seekers often pour a lot of time and effort into making sure it demonstrates who they are appropriately.

HRM has reported before on some of the things holding gender equality back, but one professional experienced blatant discrimination first hand.

Posting on his Tumblr blog, Kim O’Grady, a management consultant from Perth, stated that in the 1990s, despite his qualifications, he found himself unable to find work.

After searching for four months in the business and tech management industries without receiving a single phone call, O’Grady scoured his resume to see if he could identify the problem.

The horrible truth? It was his name.

Although gender neutral, the name ‘Kim’ is often associated with females, and O’Grady’s choice to place it on the resume in bold font made him realize what the problem was. Additionally, the lay-out of his resume could be construed as more feminine, and his mention of being married with children – which he saw as a demonstration of stability – simply turned more biased employers away.

In an almost absurd turn, O’Grady’s addition of “Mr” to his resume meant he started getting call backs frequently, and he soon landed a position.

It was a bittersweet win, as he became aware of the shocking bias that runs rampant in organizations.

“Where I had worked previously there was a woman manager. She was the only one of about a dozen at my level, and there were none on the next level. She had worked her way up through the company over many years and was very good at her job,” O’Grady wrote.

“She was the example everyone used to show that it could be done, but that most women just didn’t want to. It’s embarrassing to think I once believed that. It’s even more incredible to think many people still do.”

While a single case may appear anecdotal, HRM reported earlier this year on a number of studies which utilized CVs with information pertaining to gender or ethnicity removed. It was found that women and those from minority groups were often not considered for an interview, but when certain information was removed from CVs it changed things for the better.

“Companies have a vested interest in employing the best person for the job, regardless of gender and ethnicity,” Neil Morrison, group HR director at Random House commented, stating that the research was “A sad reflection of how ethnic minority groups feel about their treatment by employers, and collectively we should be looking to change both perceptions and treatment.”

O'Grady's experience was almost 20 years ago. Do you think attitudes have changed?