How to win the fight against imposter syndrome

Is there really a way to overcome the feeling of being a fraud? Here, one global HR expert offers his advice. 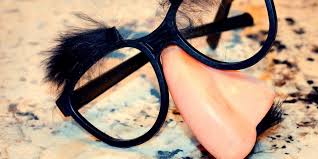 Fro
m senior execs to A-list celebs, imposter syndrome affects high-achieving individuals in every industry – but is there a way to banish that feeling of being a fraud once and for all? Here, global HR expert Harold Hillman shares his thoughts on a psychological condition that can strike even the most successful leaders.

‘I define imposter syndrome as a self-imposed set of expectations and standards that defy human capability, oftentimes associated with concerns about failing and concerns about disappointing or letting other people down,” Hillman told HRM.

“People who have high achievement and a high drive – particularly in terms of career and aspiration – will often have to do an occasional check on how realistic or how self-defeating those standards and aspirations are,” he added.

Hillman – who is the MD of Sigmoid Curve Consulting Group – says the condition is often prevalent among minorities.

“It’s basically anybody who is in the minority at the table where there is an implied or inferred preference,” he explained. “Whether it’s to do with racial group, ethnic group, gender or even in some cases social class or which school you went to.

Despite an impressive HR career including roles as global HR director for Fonterra, chief learning officer for Prudential, and director of leadership programs at the US Air Force Academy – Hillman says too has suffered from Imposter Syndrome.

“It’s a silent killer,” he told HRM. “People believe that they’re the only ones that must be thinking this way so they’re inclined to not want to talk to anybody about their vulnerability.”

Now, he’s calling on employers to empower people to speak up if they’re suffering.

“Even if they didn’t use the term imposter syndrome, I think it would help people who are struggling to talk to their bosses and open up a little bit more about it,” he added.

Hillman, author of The Imposter Syndrome, says organisational leaders are beginning to realise the potential damage that can the condition can cause.

“It is an unhealthy environment and a lot of senior leaders, executive teams and boards are now recognizing that not doing what you can to create a culture where authenticity can actually thrive is going to bite the business eventually, particularly around talent and being able to keep and attract good people,” he told HRM.

The big problem with performance ratings

How to make HR universally effective