Difficult people aren’t just loud and argumentative – they can be quiet and toxic too. Here, one leading academic explains. 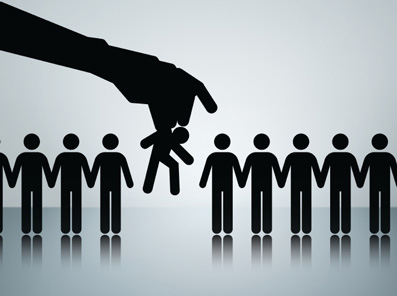 Dif
ficult people aren’t just loud and argumentative, says leading academic Eleanor Shakiba – they can be quiet and toxic too, making it even harder for HR professionals to spot their poisonous behaviour and step in.

What does a difficult person look like in the workplace?
There are three different categories of difficult behaviour. The first style is the fight style which is what most people think of as difficult. That’s the aggressive person, who shouts or interrupts or is overly critical.

The flight response I find fascinating because that’s the person who is highly passive and they don’t contribute or speak up if there is a problem. What they might do, for example, is be too timid to have a conversation about something going wrong or to speak up assertively if there is a conflict in the team. That can become problematic if you need people who are problem solving and require autonomous behaviour.

And then there is the third style which I call ‘spice’ and that’s quite a common one where people feel disempowered and they are angry about that. That’s passive aggression where people sulk or accidently-on purpose make mistakes. They might also backstab or gossip.

Is it common for L&D practitioners to be training difficult people?

It probably depends on what topic you’re training in. There are a couple of things that can trigger difficult behaviour. I always say that’s particularly true if it requires forced attendance.

For example, appropriate workplace behaviour is a classic one. You are likely to get people who are angry about being there and therefore you will get the different styles of difficult behaviour coming out.

Another one is when you are doing a topic on something such as how to deal with difficult people. You will get people who have low emotional intelligence being sent by their manager because the manager is going ‘I hope magically they will realise they are being difficult and they will change their behaviour by being in the training’. But that is not likely to happen.

And then there is change, so sometimes trainers get involved in having to do change management, and change and conflict go together. So they are the three triggers for people being difficult in training, I think.

Is there any actual industry notorious for having difficult people?

I think it’s not so much the industry, but the role. So any people-facing role is likely to have exposure to difficult behaviour. Customer service would probably be top of my list, and medical situations where people might be in pain or in distress.

Also, there’s compliance, so if you’re an auditor you are probably likely to get people who are resentful. Then there are management roles where you have to keep a team intact, and your role is actually to get people working together successfully and you are put in the middle of potential conflict.

Can one difficult person bring down an entire team?

They can do. But often what that is really about is the management of that person. So where I think there are problems is when the manager is either frightened of the person themselves or they don’t know what to say or they are hesitant to give feedback.

There are a couple of problems. Number one is the behaviour will continue. Number two is the rest of the team is going to see that behaviour and either go, there are no consequences if I might do something similar, or become resentful because nothing is being done about it.

That’s why one person behaving in a difficult way can actually create a toxic team environment.

“I think it would be a huge mistake,” says Randstad CEO