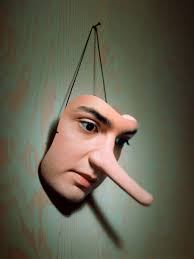 We’ve all heard employees tell “little white lies” and while most seem relatively harmless, they can actually have a big impact in the long run – so how do you spot a serial storyteller? Here, the experts weigh in.