Almost half of young workers aren’t eligible for benefits despite studies suggesting they’d be the most responsive to rewards. 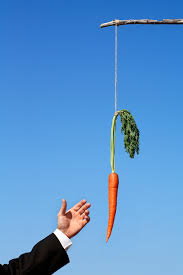 You
ng workers are the most likely to improve their performance and work harder if there’s a tangible reward on the table yet almost half aren’t eligible for their company’s benefits scheme – could employers me making a big mistake?

According to the UK-based report, 29 per cent of workers can’t make use of the rewards and benefits supposedly offered by employers but the figure changes dramatically depending on the age of the employee.

The report's authors said these findings suggest many businesses are using rewards and benefits as ‘top ups’ to salaries higher up the corporate food chain.

However, the report also indicates that these employers may just be missing a trick by failing to incentivise young workers.

Researchers stressed that young people were actually the most receptive to rewards and more likely to work harder and improve their performance in order to earn a reward than any other age bracket.

“The data suggests that budgets set aside for [benefits] will work much harder when spread across more junior members of the workforce, who will increase their efforts significantly in order to be able to unlock them,” said Declan Byrne, managing director at One4All Rewards.

“The ideal scenario to inspire motivation in workers is offering benefits and incentives across the board, but in smaller businesses or those where budget won’t stretch that far it’s is important that these schemes work as hard as they can, and deliver tangible results for employers,” he added.