Fired for being fat: is obesity a disability?

The world will be watching Luxembourg this week when the European Court of Justice hands down a decision in the landmark case of an employee who was fired for being overweight. 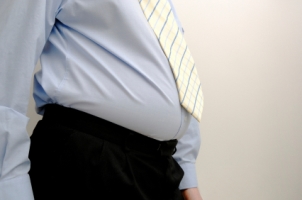 There is debate around the world around whether obesity is a disability, but a Danish test case could see all of the European Union adopt the court’s decision.

The test case will be heard by the European Court of Justice this week, with the judges considering the suit brought child-minder Karsten Kaltoft, who was fired by his local authority in Denmark for being unable to perform his duties due to his size. Kaltoft, who weighs about 160kg (350lb), was reportedly unable to tie his charges’ shoelaces.

According to a Memorial University study from this year, about one in five Canadians are currently obese, but that is expected to increase to one in four by 2019, and at that time half of Canadian provinces will have more overweight or obese adults than normal-weight adults.

Toronto-based employment lawyer Casey Dockendorff told HRM that human rights legislation was being interpreted more broadly by the courts with judges and arbitrators looking at the issue in a social context.

A 2012 Ontario case found an employee was discriminated against on the grounds of “perceived obesity”, along with a number of other grounds. Although the man was not obese, his coworkers and manager treated him as if he were and this was sufficient for the court to uphold the complaint, however, there was very little analysis of the issue.