“Employee freedoms” – just how much does HR have to endure?

Putting up with personal idiosyncrasies is part and parcel of being in HR but there comes a line, warns one industry educator. 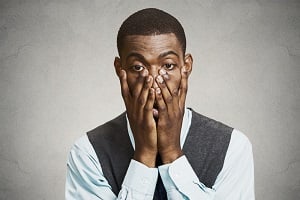 Tod
ay’s corporate workplace is a far cry from what it was thirty years ago. Employees no longer keep fully stocked bars in their lower desk drawers and the enormous ashtrays that once adorned rows of cubicles have long since been relegated to the outdoors. But while many fads and changes to the workplace have come and gone, some universal experiences remain. And first and foremost of these is the eternal question of: how far should employees go in tolerating strange behaviour from co-workers?

Three weeks ago, the National Post published a piece on a public servant from the Federal Parole Board who won the right to move to a different office building because of issues she had working next to “an irksome colleague who walked barefoot in the office, washed his feet with vinegar, made loud guttural noises, broke wind and swore.”

What began as an internal HR matter soon became a human rights complaint that saw national coverage. The complainant, Lisa Emond, cited emotional stress as a result of working in the vicinity of this individual, known simply as ‘Mr. X.’ Edmond’s experience was so disturbing to her in fact that her family doctor stated that Emond’s memory and concentration were impaired by the “emotional stress” she experienced working next to Mr. X. Accordingly, Mr. X. countered Emond’s accusations with a harassment suit, one element of which was upheld.

The incident made headlines in news outlets across the country and spurned intense debate in the comment sections of online publications. But rather than viewing the incident simply as an isolated and bizarre incident, it can instead be viewed as illustrating that universally applicable workplace question: where do we draw the line between individual freedoms of expression and acceptable codes of conduct?

As Human Resources professionals know, walking this line is often extremely difficult. If a complaint crosses your desk it must be dealt with quickly and efficiently. But how do you make the best decision for the company while concurrently factoring in the thoughts, feelings and emotions of the individuals involved? Sure, the first thing you do after collecting information about the incident is refer to company policies. But being an effective HR practitioner goes beyond that.

It goes beyond that because at their core, many workplace disagreements come down to how different individuals see the world through their eyes and in their own unique manner. Because we’re all different, it’s what makes us human. But at some point, tolerance ends. And when tolerance ends there is conflict. In the case of Emond v Mr. X, Emond drew the line at foot washing and flatulence. Others may draw the line at offensive clothing or the wearing of too much perfume in the office. In the case of intense disagreements, there is a legal framework in place which you can fall back on should company policy not be clear enough.

But the fact is that many people are frightened of the law. It’s why many complaints aren’t made in the first place because people are often unsure of where they stand and are afraid of ‘getting into trouble.’ As Human Resources professionals you can alleviate this fear by making sure that that all employees are familiar with and understand company policy and how it relates to the legal framework surrounding it. “[As HR professionals] we have to guarantee a safe workplace,” said Jabeen Boga, Human Resources Diploma instructor at Ashton College. “People have to know that they can come forward. But they also need to know that if they do, problems are going to be dealt with. Because if someone came forward and nothing was done about it, that’s a liability for the company.”

By ensuring that employees are familiar with company policy and know that they can and should come forward you can ensure that situations like Emond v Mr. X don’t arise in the first place. This doesn’t mean you have to take away employee freedoms; individualism in the workplace is something to celebrate not decry. But standards need to be made. And kept.

Would your staff sell private information?