Suncor Energy stands to make considerable savings but up to 800 highly-paid jobs are on the line. 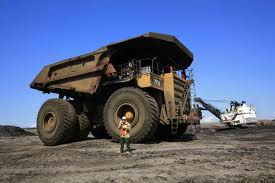 Dri
verless cars are the latest invention to make waves in the mainstream media – with a fully autonomous automobile expected on the market by 2020 – but it seems some energy companies are already ahead of the trend and stand to make big savings as a result.

Suncor Energy Inc. – Canada’s largest oil company – confirmed this week that it has entered into a five-year agreement with Japanese manufacturer Komatsu Ltd., specialists in earthmoving and construction machinery.

The company is set to provide 175 “autonomous-ready” trucks for use on Suncor’s mining operations north of Fort McMurray – the driverless vehicles will replace the 400-tonne heavy-haulers which currently require a trained operator.

Suncor exec Alister Cowan told investors at a New York conference that the development might sound futuristic but it’s definitely on the not-too-distant horizon.

“It’s not fantasy,” said CFO Cowan, before adding that the company plans to replace its current fleet of vehicles with automated trucks “by the end of the decade.”

“That will take 800 people off our site,” he revealed. “At an average (salary) of $200,000 per person, you can see the savings we’re going to get from an operations perspective.”

While the development undoubtedly went down well with investors, the same can’t be said for the 1,000 truck operators who now face imminent – and significant – job losses.

“It’s very concerning to us as to what the future may hold,” said Ken Smith, president of Unifor Local 707A, which represents 3,300 Suncor employees.

Why personality types are more important than you think