As the COVID-19 pandemic continues to wreak havoc, employers are faced with a constantly changing landscape 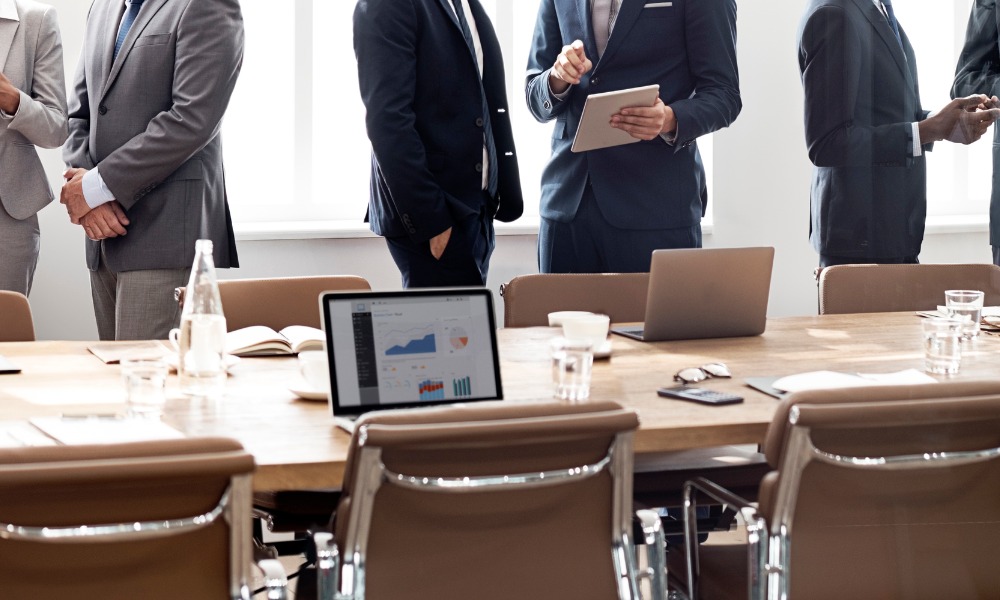 As the unprecedented COVID-19 pandemic continues to wreak havoc, employers are faced with a constantly changing landscape that’s challenging to keep on top of. But if employment lawyers have one piece of advice for clients, it’s that making the effort to communicate with their workforce is critical — even if you aren’t sure of the exact answer.

“Some of us don’t want to talk to people until we’re absolutely, positively certain and I think in this environment we’ve been in over the last number of weeks, Canadian employers and the leaders in their businesses are well-served by the advice that says, you do your best to become informed but then you do have to communicate,” says Michael Sherrard, partner at Sherrard Kuzz LLP in Toronto. “It’s really important you’ve got vehicles available to you to communicate with your workforce, which means talking and being able to listen to them.”

Layoffs
One of the biggest issues employers across the country are dealing with is temporarily layoffs. Employment standards legislation in Canada allow employers to do so for a certain amount of time without ending the employment relationship.

Time periods for how long temporary layoffs can last before being classified as a termination vary from jurisdiction to jurisdiction, but Keith Murray, partner at Mathews Dinsdale & Clark LLP in the Vancouver office, says there are a number of plaintiff-side employment lawyers nationwide who are advertising a temporary layoff amounts to a termination.

“It has employers feeling very concerned about the impact of a temporary layoff and employees taking the position that it amounts to a termination and that they’re owed severance,” he says.

Although non-union employees have not typically been subjected to temporary layoffs, and therefore historically under the law it could be seen as a termination, “in these unique circumstances we think that outcome is quite unlikely for the vast majority of employees who are laid off.” Murray adds that although it depends on resources, most employers who are able to are continuing benefit coverage for laid off employees which speaks to the situation being truly temporary.

Though doubtful — “It would be absurd for any court to conclude millions of Canadians have had their employment terminated because their employers have had to temporarily lay them off during this crisis” — he admits it’s not without risk. Murray’s general advice to employers, particularly if they continue benefits during the layoff, is that “the risk of it being seen as a termination is relatively low.” Regardless, companies don’t have much of a choice given the economic climate.

“Ultimately employers have to react, and if they don’t temporarily lay off people the businesses aren’t going to survive,” he says. “It’s not helpful for them to be told these are all terminations and they need to pay everyone severance pay. It would bankrupt their businesses.”

The numerous federal benefit programs that have been quickly rolled out and are widely available to people who have temporarily lost their jobs also make the case for the these being truly temporary measures, but the programs themselves raise questions for employers. For example, how the Canada Emergency Relief Benefit would impact bringing people back on modified schedules or with fewer hours without disqualifying them from receiving that support.

Murray says some employers who are ready to bring back employees “are meeting some resistance if it’s only going to be limited hours available."

Sherrard recommends employers think ahead to the reopening of their business, and plan the management of these unique issues. He suggests employers should be cognizant of what they’re able to offer in terms of money juxtaposed against what benefits employees are currently receiving.

Workplace safety
Money aside, employers need to make sure they can demonstrate they’re taking the recommended steps to keep employees safe. Sherrard says he’s seeing people do everything from moving from a single shift to a double shift so they can have less people on each, using every second office or even physically blocking off seats on public transit so there’s a forced separation, as the Toronto Transit Commission has done.

These may sound like simple adjustments, but “all of these things have to be thought through now so you can help manage and frankly maximize your chance of more people being brought back — and potentially even quicker,” he says.

“There are a number of things to think about — the heightened awareness, ability and, I think, requirement of an employer to be able to demonstrate to those returning employees that they’re returning to a safe workplace.”

Murray says although it can be difficult in some environments to enforce social distancing, it’s critical employers take all reasonable precautions.

“You certainly want to be seen to be taking all steps that are practical in the workplace in order to protect staff,” he says.

The key is to strike a balance between protecting the workforce and protecting the privacy of individual employees. The employer needs a consistent, well thought out process — medical advice in terms of what threshold temperature they are looking for and the least intrusive means to find that out, for example.

“Sometimes it’s not just having a good idea, it’s also making sure there’s a procedure to accomplish it,” Sherrard says, adding what some people view as the little thing are actually quite important — what does an employer do with the information they’re collecting? Where do they store it? Who has access to it?

Murray has a number of clients currently doing temperature checks and “employees in those businesses have been widely supportive of it because ultimately it’s being done to ensure both their safety and the safety of customers.”

His view is any violation of personal privacy is “at the very low end of the spectrum and the potential benefit to be gained from it far outweighs the minor violation.”

If an employee felt their rights were being violated, they would have to find a lawyer to pursue that claim — and it’s another situation Murray doesn’t see going anywhere in the current climate.

“What I’ve told clients is you can’t force somebody to have their temperature checked but you can make it a requirement of them coming into the building,” he says. "If they decline to have it checked, they can go home and you don’t have to pay them.”

Vacation time/pay
When it comes to vacation pay for laid-off employees, employment standards legislation and employers’ own policies set out the requirements. For example, the legislation states vacation pay accrues on wages so if someone is not being paid, they’re not going to be accruing any. But, Murray says, if an employee’s contract says they get four paid weeks off a year, a temporary layoff won’t impact that.

Sherrard says an area of nuance is many employees may want to use their vacation time over the summer, which will likely be when businesses have opened back up and employers need all hands on deck. Some employers are encouraging people to use at least some of their vacation before July 1, but it can be challenging to suggest that when everyone is staying home as much as possible. That said, Sherrard thinks both sides are being reasonable.

“Maybe that’s the point — not taking hard lines on ether side of this, but trying to reach reasonable compromises given the context we’re all living in,” he says.

The big picture
Some Canadian employers are stepping up, for example by using best practices learned in one province in their other locations to increase employee safety over all their operations, or by engaging their workforce to assist society as a whole, such as pivoting operations to produce materials in higher demand right now or helping out with food banks — even during a time where their own organizations are stressed and impacted by the change in the economy.

“Some of them are very forward-thinking in terms of what they’ve done with their workers and I commend people to do that,” Sherrard says. “I think it’s a really important piece — and they’ll get long-term pay back with their employee relationships.”

Although these are challenging times, he advises employers to be proactive, be as flexible as possible and to think about society broadly speaking.

“There are huge opportunities for Canadian employers to lead here — and have incredible win-wins that will serve everybody well for years to come.”