“I'm truly sorry. We let you down,” the president of the Canadian Olympic Committee said yesterday before promising major changes. 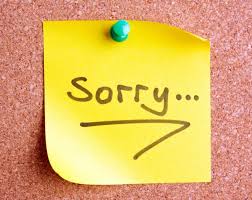 The
president of the Canadian Olympic Committee apologized yesterday over an HR scandal that rocked the organization late last year, promising major changes to workplace policies.

"It is clear that we could have done more,” said Tricia Smith. “To our employees and anyone else who was affected, I'm truly sorry. We let you down. We must hold ourselves to a higher standard, and we will.”

Smith, a four-time Olympian, was elected the COC’s new president on November 22 – the appointment came seven weeks after Marcel Aubut stepped down amid accusations of sexual harassment.

Now, the board has voted unanimously to implement all of the recommendations made by employment lawyer Christine Thomlinson following her thorough investigation – an investigation which exposed major gaps in the area of HR.

The inquiry found ambiguity regarding roles between the COC board and Aubut, granting the former president excessive power and creating a "culture where people did not have confidence in their ability to act in a way that could affect change," said Smith.

“Importantly, there was no effective mechanism for individuals to raise issues of concern, except through a formal complaint,” she added

Thomlinson’s recommendations include mandatory training for all employees – including board members – on what constitutes personal harassment and bullying. She also suggested introducing a system by which employees can file anonymous complaints.

"It includes the results of more than 100 interviews with COC staff, former staff, and other individuals taken over a three-month period,” she revealed.