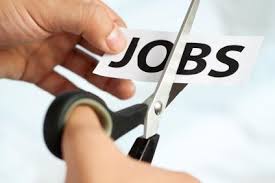 About 1.3 million workers in the coal industry and 500,000 in steel will be cut, Yin Weimin, human resources and social security minister, said Monday, according to a transcript posted on the government’s website. The employees would be reallocated, Yin said, without providing further details.

The world’s largest steel and coal producer is seeking to ease a glut of industrial capacity as its economy shifts toward consumer-led growth and as it tries to curb pollution. The government has set up a 100 billion yuan ($15.3 billion) fund to be spent over two years to help companies resettle workers cut during restructuring.

"The plan underlines the government’s determination to address overcapacity in those industries and should benefit companies in the sectors as the government will spend money to help them streamline their operations," Helen Lau, an analyst at Argonaut Securities (Asia) Ltd. in Hong Kong, said by phone. "The reallocation of workers will happen gradually and won’t add much pressure to the job market."

China aims to eliminate production capacity of as much as 500 million metric tons of coal and 150 million tons of steel by 2020.

Some coal mining companies last month lobbied government officials, including Premier Li Keqiang, to set a price floor for coal to protect against bankruptcy and prevent job cuts, according to people with knowledge of the matter.

The price of coal at Qinhuangdao port, a benchmark for the country, rose to an average of 380 yuan a ton as of Sunday, the highest in four months, data from China Coal Transport and Distribution Association show. Inventories have dropped to about 3.2 million tons, compared with 7.8 million a year earlier.