The country’s largest telecommunications company has pledged not to repeat previous indiscretions. 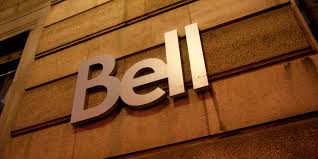 The
country’s largest telecommunications company has been fined $1.25 million by the Canadian Competition Bureau after encouraging senior employees to post fake reviews online.

The trouble started in 2014, when Bell Canada released an app allowing customers to manage their mobile accounts – suspicions were raised when the seemingly mundane management tool attracted top-notch reviews.

"Works great … makes it so easy now to check my profile and pay my bill … Nice clean design and very user friendly!” wrote reviewer Mike McEnery. Rather tellingly, someone of the same name was listed on LinkedIn as an associate director at Bell.

Scott Stratten was the first to publicly point out the unconvinving reviews - his company UnMarketing draws attention to unethical marketing practices.

A string of senior employees were soon caught in the act and Bell was criticised heavily in the Canadian media. The company acted quickly – removing the ratings and reviews as soon as it became aware of the matter – but for the bureau, it was too late and an inquiry was launched.

"I was actually surprised they were fined!" Stratten told HRM. "I thought it would just be a hand slap and a finger wagging.

"It makes me very happy that a giant Canadian corporation is being held accountable for an unethical practice," he added. "User generated reviews are created with an assumption of trust and impartialness. When you break that trust, it hurts everyone."

The Competition Bureau also revealed that Bell agreed to “enhance and maintain its corporate compliance program, with a specific focus on prohibiting the rating, ranking or reviewing of apps in app stores by employees and contractors.”

In addition, Bell has indicated it will host a workshop to promote, discuss and enhance Canadians’ trust in the digital economy, including the integrity of online reviews.

"I am pleased that Bell Canada demonstrated leadership to fully resolve the Competition Bureau’s concerns in this matter,” said the Commissioner of Competition, John Pecman.

“Bell’s senior management acted quickly to remove the reviews of the apps that had been posted by its employees and has taken steps to prevent it from happening again,” he added. “I commend the shared compliance approach taken by Bell to resolve this matter, which will benefit both consumers and the digital marketplace."