An ex-employee who claims he was fired for being gay says the working environment was hostile and degrading. 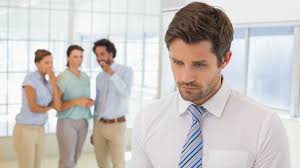 A 4
3-year-old gay asset manager is suing his former employers for £1 million, accusing them of an “unrelenting campaign of homophobic abuse”.

Paul Newton was working for Balyasny Europe Asset Management from March 2014 up until June of this year when he was fired from his position and was later told it was because of his poor performance and losses suffered in the aftermath of Brexit.

Newton claimed he was fired because he was gay. He said other straight, male managers who lost more were kept on by the firm.

In his lawsuit, he said that “he was forced to work in an intimidating, hostile, degrading, humiliating or offensive environment for individuals with his sexual orientation,” reported the Evening Standard.

He added that his colleagues constantly made fun of him with “limp-wristed hand gestures” while calling him ‘camp’ and ‘effeminate’ for his long hair.

In his complaint filed with the Central London employment tribunal, he further claimed that “his colleagues had the unmistakable assumption that he was extremely promiscuous and wanted to have sex with most men he met”.

Newton said the abuse was so bad he would just shut himself in his office and cry. He claimed that the abuse couple with his sacking has caused his current bout of depression and anxiety.

“The firm is fighting the claims, saying they are ‘without merit’, and insists it is well known in the industry for having a ‘collaborative, collegial culture,’” said the report.