Are your top performers a flight risk?

Your high achievers could be suffering in silence – warns one HRD. 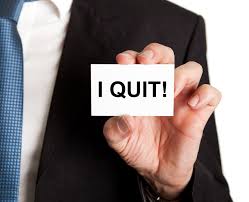 A w
orrying new study is serving as a warning to employers after it revealed 65 per cent of employees are willing to leave their current company for potentially greener pastures.

"This new research is a wake-up call for employers who are at risk of losing key talent," says Jo Ann Miele, senior director of talent and organizational development at ADP Canada.

According to ADP, this cohort is the most prevalent in Canadian workplaces and includes a huge 33 per cent of the working population – including everyone from bored superstars to under-achieving clock-punchers.

According to Miele, members of this group feel little loyalty to their current employer and are easy prey for competitors looking to build up their teams.

“Consider giving your stars special projects that expose them to new challenges, opportunities and areas within the organization," she advises. "Teambuilding or social activities, community giving programs and recognition at key milestones can inject energy and loyalty, and improve performance and retention."

Sixteen percent of the workforce fall into this category, which represents those who are yet to launch a committed job search but are casually interested in new opportunities and regularly scan job boards for potential leads.

"Managers should meet regularly with their staff to understand what's important to them, and what they expect," urges Miele. "Compensation is a common reason to move on, so employers should consider benchmarking their total compensation – salaries, benefits and other perks to ensure they are competitive."

A further 16 per cent of workers are actively looking for a new job as they feel dissatisfied, disengaged and disaffected in their current position.

"Not all jobs are right for all people, and any company will have a small number of people looking to move on,” admits Miele. “This kind of turnover is healthy, but when it's a significant percentage of your workforce, that signals a more serious issue."

Miele says HR professionals should be particularly wary when it comes to high performers who are quietly suffering.

“An employee who has checked out rarely checks back in," she says. "Regular one-on-ones with high performers can also surface urgent but reversible issues before these people become disengaged.”

Aside from identifying the three key areas of risk, ADP’s recent survey also investigated what was driving employee departure – but no major shocks are in store.
Unsurprisingly, financial compensation still leads the pack – mentioned first or second by 66 per cent of workers – with quality-of-life-improvements following close behind.

Better work/life balance, fewer hours, less stress, better location, and shorter commute were all mentioned as major influencers – when combined, 56 per cent of Canadians has mentioned the quality-of-life-improvements first or second.

Promotion is also a key motivator for employees as many jump ship in a bid to work their way up the corporate latter – however, notable differences in gender and age emerged in this area.

"While millennials may have a reputation for job-hopping for better opportunities, employers should note that mid-career workers are almost as likely to jump for the same reason," says Miele.

"Replacing these middle managers is much more difficult and costly than replacing more junior staff,” she warns. “On the other hand, if you're in recruiting mode, you may find you have an edge if you're able to offer more senior roles or more interesting opportunities to top candidates."