Are we hiding the real face of women at work?

One top commentator says organizations are failing to represent normal women in the workplace – opting for a “babes-only” approach instead. 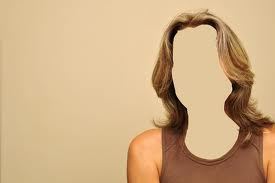 A t
op industry commentator has hit back at major organizations, saying many are hiding the real face of women at work and opting for a “babes-only” approach instead.

Management columnist Lucy Kellaway argued that many companies claim to value women at work and celebrate their diversity but still use unrealistic images that fail to reflect that.

“Even McKinsey, which has recently put out a report called ‘the Power of Parity’, falls into this trap,” she states, pointing to two images included in the study.

One features three professionals stood in a row with only their legs visible – while the two men are wearing identical suit and shoe combos, the slim woman is in stilettos and what can only be assumed is a short skirt, considering that no fabric is visible in the image.

The second image shows a flawless model-esque business woman, carrying a phone in one hand and a toddler in the other.

“The subliminal message here is that you can juggle and have it all but only if you’re a total babe,” bemoans Kellaway. “This idea that you need to be a babe to be a working woman is not only a lie, it’s completely naff,” she adds.

According to Kellaway, companies can reinforce their own equality and diversity strategies through their corporate material.

“If a company wants to show that it really values women and wants to prioritise action in the gender equality landscape, it will show pictures of them in which they don’t always look cool or gorgeous,” she stresses. “They just look like professional women at work.”

LUSH is one such organization which was long championed a similar initiative – the global cosmetics retailer always uses real employees in all of its promotional material and advertising campaigns.

“I do feel like a lot of our employees were attracted that way,” she stressed. “Diversity is something that we need – the best staff would be a representation of the community that they’re in.”

A finger on the pulse of employee feedback