A Calgary-based company was reprimanded earlier this week after a young employee suffered serious and permanent injuries. 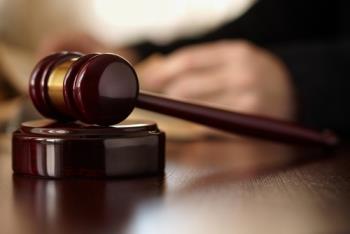 A C
algary-based company has been reprimanded in court this week after a young employee suffered serious and permanent injuries while at work.

Tervita Corporation – an environmental solutions provider – was overseeing a City of Barrie project to reclaim landfill when the worker was incident occurred.

The man, who was under the age of 25, was operating a city-supplied trommel machine, used to screen and separate material.
He was using a pick to clear the trommel when it filled up with material being screened. While performing this task, the employee was pulled into an exposed pinch point on the machine created by the drive wheels.

The man was able to escape but suffered permanent injury which required medical attention.

Section 109 of Ontario Regulation 213/91 - the Construction Projects Regulation - states that every gear, pulley, belt, chain, shaft, flywheel, saw and other mechanically-operated part of a machine to which a worker has access shall be guarded or fenced so that it will not endanger a worker. This was also a violation of the Occupational Health and Safety Act.

Tervita Corporation pleaded guilty and was fined $100,000 by Justice of the Peace Cheryl B. McLean in provincial court in Barrie on November 1, 2016.

In addition to the fine, the court imposed a 25-per-cent victim fine surcharge as required by the Provincial Offences Act. The surcharge is credited to a special provincial government fund to assist victims of crime.