His wife told him he unequivocally had to go to work, but this American employee was so desperate to have a day off he broke the law instead and is now facing court. 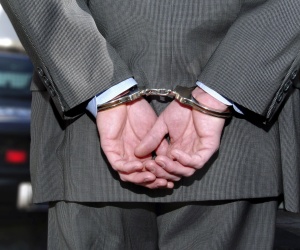 When Dwayne Yeager’s wife laid down the law that he had to go to work, instead of listening to her he choose to break the law instead.

The Florida man was so desperate to avoid work he staged a break-in at his home, and then called police all so he could have an excuse to stay home.

Yeager had called the police at 7.25am Monday morning to report a burglar had broken into his house and that the bedroom windows were open and he saw a white Honda Civic pull away as he arrived.

His cunning plan however came unstuck when police arrived to investigate.

While the police noted the house appeared to be ransacked they did not discover any signs of forced entry.

“Deputies spoke to neighbours and learned that Yeager was seen leaving the house at 6:30am, then returning home at 7:15am. Deputies said Yeager was then seen walking in the front door, lifting the blinds and opening the front bedroom window,” according to Huffington Post.

When confronted Yeager confessed all. According to the report, Yeager told officers his wife was “adamant that he go to work and he didn’t want to.”

Yeager, who told the police he didn’t think he could go to jail for making a false report, was then arrested for providing false information to law enforcement.