Robinhood lays off hundreds of employees 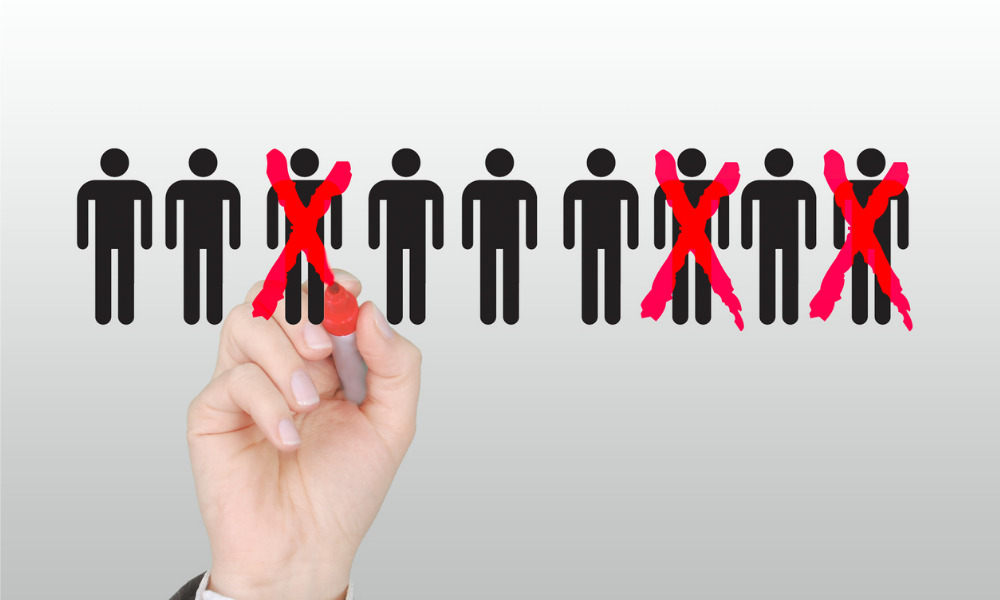 The hits just keep on coming for Robinhood.

On Tuesday, the Menlo Park, CA-based company announced plans to lay off 23% of its workforce. In April, the online trading platform reduced its headcount by 9% after company shares hit a new low, CNN Business reported.

In a blog post on the company’s website, CEO Vlad Tenev said the layoffs will affect employees across all functions of the company, with operations, marketing and program management positions being hit the hardest. The company planned to notify all employees via email and Slack with their status. Laid off employees are being offered the opportunity to remain employed with Robinhood through Oct. 1 and receive their regular pay and benefits, including equity vesting.

They’ll also be offered cash severance, payment of COBRA medical, dental and vision insurance premiums and job search assistance, including an opt in Robinhood Alumni Talent Directory. Plus, they’ll be able to schedule time with the HR team to discuss their “specific situation.” Tenev added that the company is offering wellness support to everyone to cope with the events.

In its second-quarter earnings report, also released Tuesday, Robinhood showed a 44% drop in revenue from a year ago. Meanwhile, monthly active users in June decreased by 34%, or more than 7 million.

Tenev blamed the layoffs on the “additional deterioration of the macro environment,” with inflation at 40-year highs and the crash of the cryptocurrency market.

“Last year, we staffed many of our operations functions under the assumption that the heightened retail engagement we had been seeing with the stock and crypto markets in the COVID era would persist into 2022,” Tenev wrote. “In this new environment, we are operating with more staffing than appropriate. As CEO, I approved and took responsibility for our ambitious staffing trajectory – this is on me.”

Of course, Robinhood isn’t alone. Many major employers in the United States have been trimming their workforce ahead of an anticipated recession.

Last week, Vox Media laid off 39 employees in the sales, marketing, recruiting and editorial departments, CNBC reported. Additionally, the mass media company with offices in New York City and Washington D.C. will be slowing down hiring and reducing non-essential expenses. That came after CNBC reported that 7-Eleven has eliminated about 880 corporate jobs in the United States. The Dallas-headquartered company’s Irving, TX and Enon, OH, support centers were impacted, as well as field support roles. The workforce reduction comes roughly one year after the convenience store chain completed its $21 billion acquisition of rival Speedway.

Last month, Meta CEO Mark Zuckerberg told staffers during a companywide call that not everyone was meeting the Menlo Park, CA-based company’s standards and that some might want to leave voluntarily, Reuters reported. Zuckerberg added the company planned on reducing plans to hire engineers by at least 30% this year.