Why CEOs should have more daughters

Researches reveal surprising factor which could close the gender-wage gap by up to 20 per cent. 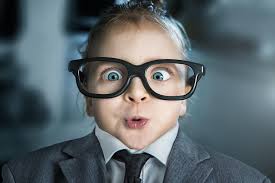 Whi
le many business leaders are struggling to address the gender-wage gap, researchers in the US have discovered one surprising factor which seems to have a significant impact on the issue – daughters.

“We were trying to investigate if CEOs in any way have an impact on the persistent gender gap in wages,” explains associate professor Christian Dezso. “To our surprise, we found that CEOs can indeed have a tremendous impact.”

Dezso and his team at Maryland University looked at what happened to the gender wage gap after a daughter was born to a CEO who was already in office.

“On average, we found that the gap shrinks by about 0.5 per cent,” he revealed. “In essence, this is equivalent to a 2.5 per cent reduction in the gender gap in wages.”

According to Deszo, an associate professor in the Logistics Business and Public Policy department, the data used to complete the study was remarkably rich – “In essence, it’s data on the entire workforce of Denmark and the CEOs of all the companies.”

During the investigation, the team also explored what circumstances might strengthen the effect.

The study also showed that women who are educated – with a high school, college, or higher degree – benefit most from the phenomenon.

The information might not seem like much use to HR professionals hoping to help close the gap – after all, you can’t force your top boss into parenthood – but Deszo insists there’s value in the study.

“One important takeaway is that CEO’s attitudes matter,” he says, insisting that there are different ways to change CEOs’ attitudes.

“Perhaps the CEO going through a program where they are more sensitised to women’s issues in organizations,” he suggests. “That’s definitely a possibility and I think companies that have these kind of programs in place on diversity – be it gender or ethnic diversity– and where they use these programs not only to educate their workforce but to educate the top management of the companies as well – those are the places where it’s likely the gender gap will shrink.”