What to do when an employee is in denial

Employers and employees aren’t always on the same page when it comes to performance reviews. Here’s how to set staff members straight. 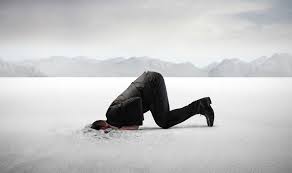 Per
formance reviews are an important part of keeping workers on-track and engaged but, occasionally, HR managers will find themselves on an entirely different page to an unknowing employee – here’s how to set things straight.

“In most cases, this perceptual disconnect develops when performance reviews are infrequent or when feedback is ambiguous,” says Tribe HR’s Stephanie Reyes – but there’s plenty you can do about it.

“Catch people doing something right and tell them right away,” says Reyes. Similarly; “When you see behaviour or results that are not acceptable, tell them that too, as soon as you can,” she advises.

“While praise and recognition are powerful motivators for many people, being disciplined or ‘scolded’ in public is humiliating and can prevent your message from being received,” she explains.

‘Sometimes people have to hear things from more than one source to accept it,” says Reyes – and she’s right, recent research shows that employees are more responsive to feedback from the fellow workers.

“Create an environment of continual learning where everyone is expected to upgrade on a regular basis,” advises Reyes. “Make regular personal and professional development part of the culture so it won’t be considered discipline when an employee hears that an area of performance requires improvement,” she adds.

This can be particularly helpful when it comes to dealing with employees who simply won’t acknowledge their short-comings, says Reyes. Say, for example, the caustic supervisor who shreds everyone’s self-esteem or the perpetually late employee who insists they still do more work than everyone else.

“Document and share specific examples of unacceptable performance or behaviour,” she advises. “The more factual evidence you have the harder it will be for your employee to ignore or rationalize your feedback.”