One employment lawyer explains why unionized workers won’t always get their jobs back – even if they’ve been fired unfairly. 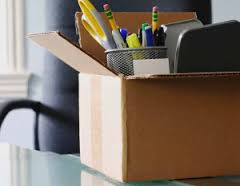 When a unionized employee is unfairly fired, employers are often ordered to reinstate the wronged worker – but it’s not always appropriate, explains one industry lawyer.

“Where there is evidence of ‘exceptional circumstances’ that demonstrate that the employment relationship is no longer viable, an arbitrator will refuse to order reinstatement and instead award damages in lieu,” says Ashley Savinov, of Cox & Palmer.

Savinov made the comments following a case in which a tenured professor was terminated for falsifying facts in order to obtain a financial grant.

The arbitrator found that a lengthy, unpaid suspension should have sufficed but agreed her behaviour during the subsequent investigation process had made it impossible for her to return to work.

The arbitrator pointed to the former employee’s refusal to cooperate, her animosity towards co-workers, her verbally aggressive and intimidating behaviour, and her refusal to admit wrongdoing or take responsibility.

“Exceptional circumstances generally involve culpable conduct on the part of an employee which leads to a poisoned or hostile work environment,” explains St. Johns-based Savinov, pointing to the following factors which employers should be mindful of.