A non-profit organization is asking the government to support a program which could see out-of-work tradespeople given valuable retraining. 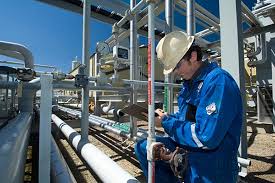 A g
roup of oil sands workers is asking the Alberta government to support a promising retraining program that could see unemployed tradespeople given valuable skills in the renewable energy sector.

The non-profit group, dubbed Iron & Earth, was formed by workers who say they’re committed to “building Canada’s energy future.”
Lliam Hildebrand – who began his boilermaker career in Victoria – is the founding director. He says the group has developed a plan to retrain 1,000 tradespeople but it can only go ahead with help from the government and corporate sponsors.

“Alberta has committed to phasing out their carbon-based energy sector by 2030 and reaching up to 30 per cent renewable energy technology by that same date,” he said at a press conference yesterday.

“We need these jobs in renewable energy to go to the oil sands workers that have currently been impacted by a reliance on carbon-based fuels,” he continued.

“We are highly-skilled tradespeople – we are boilermakers, pipe fitters, iron workers, scaffolders and labourers – and all of our skills are very easily transferrable,” he told the media. “Some retraining will be required but we’re ready to work.”

Hildebrand is calling on the government to designate provincial buildings for solar panels as part of the training plan – the group estimates it would cost about $8 million to install solar panels in 100 buildings.

"That will open up a huge amount of opportunity for us if we can start diversifying our energy grid and it would ensure that we are less vulnerable to price fluctuations,” he added.

A finger on the pulse of employee feedback