Is this the worst time to fire an employee?

An Ontario worker has just won a reinstatement order thanks to his employer’s terrible timing. 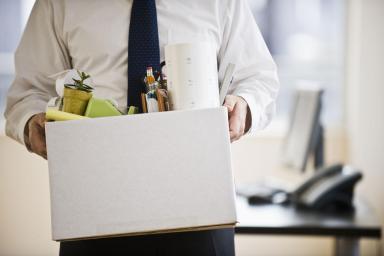 An
Ontario worker who was sacked the day after making a safety complaint has just won a reinstatement order thanks to his employer’s terrible timing – here, leading employment lawyer Adrian Miedema explains.

Employee Kim Le had complained to a company representative that carrying boxes up and down stairs had caused him to suffer knee pain and flagged up a safety concern that some loads were obstructing his view.

The next day, he was fired.

“The timing really was terrible,” stressed Miedema, a partner at Dentons law firm, in Toronto.

“Secondly, the reasons that the employer gave for the termination at the hearing just didn’t have a ring of seriousness,” he said.

Perry claimed Le had been dismissed because he was “not himself,” was “complacent”, was “not doing what he normally would be doing” and was “entrenched in what he was doing next.”

“When you have the combination of the timing – immediately after the guy made the safety complaint – and a really shoddy or really weak basis for terminating him, the OLRB is going to lean towards concluding that the termination was because of the safety complaint,” said Miedema.

Interestingly, Perry was the only witness for Safecross – the company representative who received Le’s complaint didn’t testify and the OLRB accepted Le’s evidence that he had in fact filed the grievance.

“When somebody who’s a witness doesn’t even come to testify, the adjudicator usually concludes that there’s a reason why they didn’t come to testify so they impose what’s called an ‘adverse inference,’” explains Miedema.

“When somebody who’s a witness doesn’t even come to testify, the adjudicator usually concludes that there’s a reason why they didn’t come to testify so they impose what’s called an ‘adverse inference,’” explains Miedema.

Adverse inference, he says, is the meaning adjudicators can draw simply from the absence of a particular witness or piece of evidence.

“Basically, it shows that your evidence wouldn’t have been helpful and indicated that the employee’s evidence was correct,” elaborates Miedema.

The OLRB also held that the employee had never seen a "final written warning" despite Safecross claiming to have issued it the day before his termination.

Clearly the employer made some poor decisions on the run-up to Le’s termination what if an HR professional really did want to legitimately fire someone who’d recently made a complaint?

“Just don’t fire them the day after,” advises Miedema, “and when you do terminate someone who has filed a complaint of that sort, make sure that you’ve got well-documented and legitimate reasons for terminating the person before you go ahead with it.

“Don’t go ahead with the termination on the basis of flimsy performance concerns that aren’t documented and don’t really hold up to scrutiny,” he warns.