Introvert vs. extrovert – who makes the better manager?

One management professor analysed the leadership aptitude of CEOs to find out which temperament fared better. 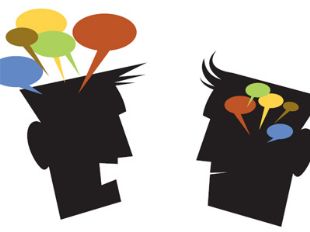 The
qualities of a good manager often correspond with the traits of an extrovert – confident, assertive, sociable – but now, one management professor has suggested introverts aren’t getting the credit they deserve.

“It has long been believed that the natural leaders of our society were the extroverted types,” said Professor Karl Moore. “But to be an effective leader, extroverts must learn to work more effectively with introverts.”

Moore’s advice comes on the back of extensive research into how introverted CEOs effectively manage extroverted teams, and vice-versa. He focused solely on large companies with more than 10,000 employees and found that around 25-30 per cent had an introvert at the helm.

Another recent U.S study of management styles also suggests that the common perception that extroverts make better leaders may actually be more of a misconception.
The study found that, overall, extroverts and introverts are equally successful in leadership roles and, in certain situations, introverts actually excel.

For example, when a team were proactive and openly offered ideas for improving the business, the introvert showed greater receptivity and was more likely to take suggestions on board – the extrovert however, felt threatened.

“[Introverts] wait for others to express their ideas before they jump in with theirs; they don’t need to be at the centre of every conversation; and when they present ideas, they tend to come out more fully formed and well-thought-out,” explained Moore.

But Moore said the best manager would have the ability to channel both their inner introvert and their inner extrovert.

“It is critical to acknowledge how important it is for introverts and extroverts to learn from each other,” he said. “Just because a person has introverted or extroverted tendencies doesn’t mean they can’t learn from and utilize traits from the other end of the spectrum.”

As a self-confessed extrovert, Moore had some advice for his fellow kin; “As you progress in your career, you must learn to turn the spotlight from yourself and beam it on the people who work for you. This is part of going from being a star performer to being a manager; from me to we.”

How to lift team spirits after a failure

The three worst things you can do with employee feedback