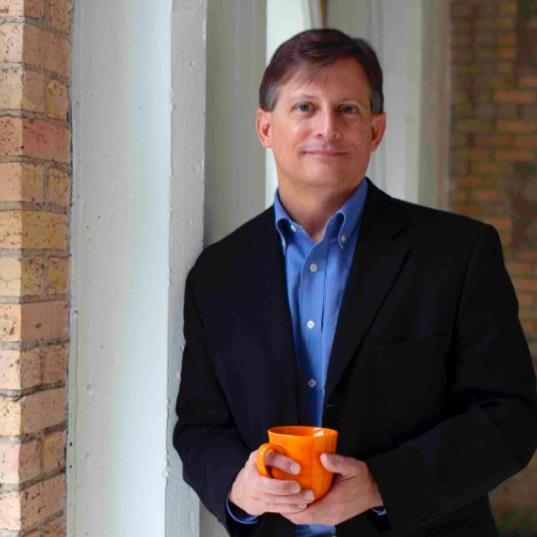 Rod
d Wagner is synonymous with employee engagement – his latest best-seller Widgets has been hailed as a “frame-breaking” approach to leadership and his recent Forbes article sparked industry-wide debate about the state of employee engagement.

Here, he chatted to HRM about how leaders responded to that article and what he hopes readers will take away from the new book.

HRM: Organizations are under very different conditions to what they were just 10 years ago – how can HR professionals hope to keep up?

RW: From my conversations with HR professionals at their conferences, I believe a large proportion of them realize they are already behind the curve. That recognition is crucial. Once it fully sets in, one begins questioning the fundamental assumptions.

Take, for example, the premise that a good employee should be loyal to the organization – not looking to leave for another job. That was a fine assumption in the days when companies kept their employees almost indefinitely and promoted them repeatedly as their seniority increased. Now many organizations simultaneously expect continuity from their workers they can’t give in return. So the implicit message becomes, “Please do not quit before we eliminate your position in the next wave of layoffs.”

Or take the idea that a company can control much of its reputation through its external communications. Not anymore. When people consider joining a company, it’s now quite easy to find out how people who work there – and people who used to work there – feel about the place.

There are at least a couple dozen of these game-changers. HR professionals can keep up by first recognizing the game has already changed.

One of the reasons I wrote Widgets was to put these contradictions in stark relief for leaders and managers inclined to get ahead of the curve.

HRM: What would you say is the biggest – or most common – mistake made by business leaders in today’s environment?

RW: The most serious strategic error by business leaders today is agonizing over the high levels of performance they hope to get from their employees without agonizing over the experience and rewards that will best motivate those people. This flaw ignores human nature, never mind the basics of a solid, two-sided bargain. Many executives expect employees to wrap themselves so tightly in the flag of the company that they forget about their own interests, which is ironic coming from the people who get the largest salaries and option packages.

HRM: Is employee engagement really on the brink of extinction? Why? (Continued...) #pb#

HRM: Is employee engagement really on the brink of extinction? Why?

RW: I’ve created some controversy with that assertion, but all the rebuttals have, if disentangled, agreed with my key points. The underlying phenomenon – that people work hardest for those who best look out for them – has been part of human nature for tens of thousands of years. It will never go away. So if you want to say that’s employee engagement, it’s quite safe from extinction and worth making one of the top priorities in any organization.

But the term “employee engagement” is just 20 years old. In those two decades, we’ve managed to take it from intriguing science to cliché. Tell an employee that the company is launching an engagement initiative and you’ll likely get either a yawn or a little bit of fear. The traditional surveys field questions from the 1990s, followed by a furious hunt for the “disengaged” workers who, when asked to be candid on the survey, responded that, no, they had not been recognized, had regular conversations with their manager, or felt a sense of progress or accomplishment at their companies.

With social media like Glassdoor and the job assessment we opened to individual employees on WidgetsTheBook.com, people are becoming more strategic in directing their own careers, seeking happiness on the job rather than “engagement,” and sometimes telling their employers what they want to hear on those stuffy surveys.

RW: The greatest misconception about employee engagement is that employees want to be engaged.

Engagement is the goal of the business. Happiness is the goal of the employee. There’s a good bargain to be had in those overlapping objectives. A company that seeks to make its employees happier on the job will discover it gets engagement in the process. (Continued...) #pb#

HRM: What compelled you to write Widgets? What do you hope business leaders take away from the book?

RW: I found myself a strategist and advisor in possession of some really cool research on 12 “new rules” that control the relationship between an employee and the organization for which he or she works. As I spoke about the research and the rules, I assembled some killer examples that I felt ought to be shared with a wider audience.

I also felt I needed to update what I’d written in my 2006 bestseller, 12: The Elements of Great Managing. Newspapers get old in a day. Magazines get old in a month. Smartphones get old in a year. And many business books become obsolete in five or 10 years. I’m delighted seeing leadership-related controversies in the news now – such as the slow-motion train wreck of Holacracy at Zappos – to know that I gave readers of Widgets advance notice of how that story will end and its implications for their businesses.

The biggest takeaway for leaders from Widgets is that your people will reciprocate good for good and bad for bad. It means that if you are genuinely invested in the success and happiness of your people, they will deliver exceptional results.

It also means that if you try to spin things or try to “engage” them through a process they will perceive as a management trick, they will either leave or throttle back in ways that you can never police away and that will put your business at risk.

HRM: If you could get business leaders everywhere to change one thing about their management style, what would it be?

RW: More coffee! Sit down with each employee every week to talk, to listen, and to strategize. Everything that makes a person into a real manager flows from those conversations.

Rodd Wagner will be presenting a masterclass on the art of employee engagement at the upcoming HR Leaders Summit. To find out more about the event, hosted at the international centre in Toronto, click here.