How to find out what your culture really is

Official corporate values might dictate what you’d like the culture to be – but what is it actually? 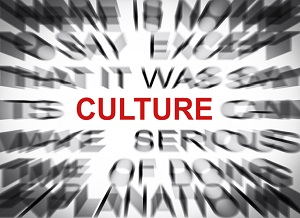 Off
icial corporate values let everyone know your ideal company culture but do they really reflect the truth? One industry expert says he has a remarkably straight-forward way to find out – by using UGRs.

Simpson – who was recognised as the Australian Educator of the Year in 2015 – says UGRs are defined as peoples’ perception of; “This is the way we do things around here.”

They can include things like; “Around here, it isn’t worth complaining because we know nothing will get done,” or; “around here, the only time anyone gets spoken to by the boss is when something is wrong.”

According to Simpson, teams or organisations with a very clear culture will have corresponding UGRs which reflect that attitude – even if nobody is intentionally driving that culture.

“If they’re genuinely committed to customer service, they might have a UGR which is; ‘Around here, customers’ concerns are treated with absolute seriousness,” he explains.

“But if there’s a pervasive gossip problem there might be a UGR which is; “Around here, it’s okay to spread negative things about colleagues.”

So how can employers use UGRs to identify their own, real, workplace culture?

“We discovered a very simple but powerful way to unearth the prevailing UGRs and we do this by getting people to complete lead-in sentences,” reveals Simpson.

“In our research, we got people to think about the way they do things and to complete the sentence anonymously; ‘Around here, customers are…’

“The stuff we got back was gobsmacking – stuff like; ‘Around here, customers are an interruption to my working day, a pain in the neck and worse.’”

Worryingly, Simpson says each of the organisations involved in the initial research had solid documentation proclaiming their commitment to customer service.

“That’s a load of rubbish if the prevailing UGRs say otherwise,” he stresses.

Now, Simpson works with employers to craft lead-in sentences which link to the specific attributes they want within their organisation.

“So if a company wants a value of innovation, we’ll get people to complete the sentence; ‘Around here, when someone comes up with a new idea…’

“What we get back is frankly gobsmacking, it’s amazing,” says Simpson. “Often for the first time leaders and staff are exposed to the real UGRs that are in place in an organisation and most times it’s a surprise.”

Workplace assessments: what you need to know

What you can do about the ‘sophomore slump’

How technology is changing the onboarding experience