A new study has revealed that many workers tend to keep quiet about important issues but their silence could be costing your business. 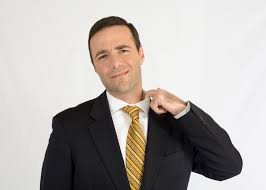 Man
y workers still deem standard HR issues too uncomfortable or awkward to talk about but their silence could be bad news for employers, claims one recent study.

The survey, which was carried out be leading employment law specialists Lipton Fawcett Denison Till, asked respondents about the topics that they’d be most uncomfortable discussing with their current manager.

Somewhat unsurprisingly, it revealed that pay related discussions were least favourable with 42 per cent of respondents saying they would feel awkward bringing the issue up. Thirty-five percent also admitted that they’d prefer to disclose their wage to colleagues than address pay concerns directly with their manager.

“Failing to appear approachable in regards to work-related issues, such as payment, can lead to all sorts of problems,” warns employment lawyer Nathan Combes.

“A common situation is that employers start to discuss their wage with colleagues, which can lead to individuals who are paid less feeling undervalued and leaving, resulting in a high staff turnover,” he added.

To combat the discomfort, Combes suggests implementing regular salary reviews – at least once a year.

“By giving employees a set date for a salary review, employers demonstrate that they are open to discussing the topic, removing the need for staff to turn to colleagues for advice on the matter,” he explained.

“It also allows managers to monitor performance without micro-managing, and this helps to businesses to ensure that their top performing employees are adequately rewarded and consequently that they are more likely to stay,” he continued.

Alternatively, employers could implement a clear pay grade and structure which would ensure employees are rewarded for their work and feel more inclined to stay.

“Employees feel confident that their performance will be rewarded and that future pay increases will be objectively assessed and will not be influenced by irrelevant subjective criteria or gender bias,” says Combes.

The study revealed that while discussing pay was problematic for both male and female employees, women seemed to find the task considerably more tricky – just 27 per cent said they would feel confident broaching the topic compared to 49 per cent of men.

Forty-seven per cent of women associated negative emotions such as feeling uncomfortable, nervous and scared when asked to describe discussions about salary, compared to 39 per cent of men.

Age also played a part, with 50 per cent of 18-25 year olds claiming pay rise as the most unapproachable topic, compared to just 37 per cent of 46-55 year olds.

Bringing up a promotion was deemed the second most uncomfortable issue by respondents (22 per cent), followed by reporting a member of staff for inappropriate behaviour (19 per cent), flexible working requests (19 per cent) and absence due to illness (18 per cent.)