Priority has been given to frontline workers such as cabin employees 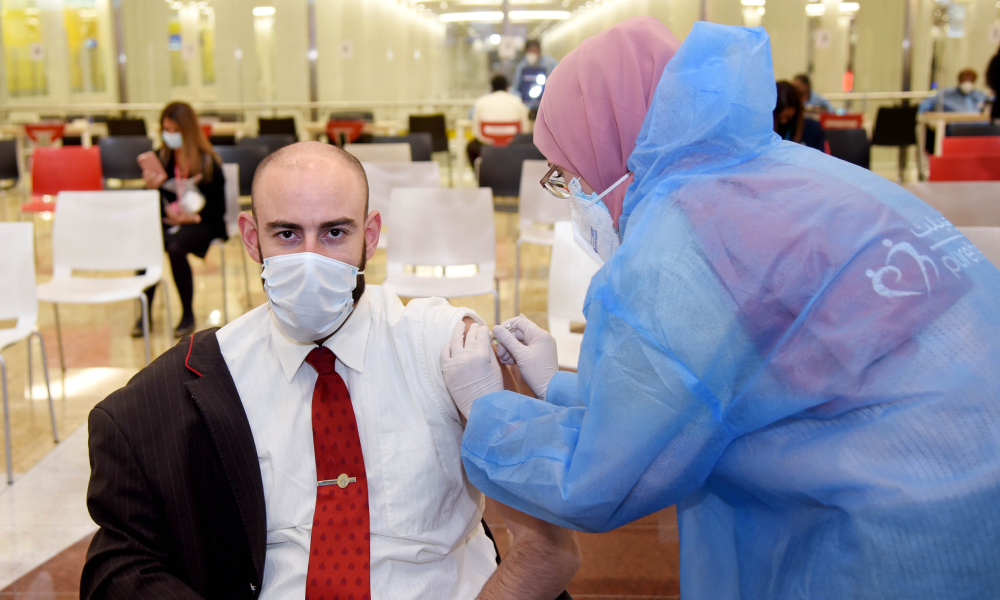 International airlines SIA and Emirates have started rolling out COVID-19 vaccination drives for employees in the hopes of reviving a struggling sector.

Priority was placed for frontline workers, including cabin crew, pilots and other airport-based or operations personnel.

HRD reports on the various campaigns.

The United Arab Emirates (UAE) based carrier vaccinated a ‘substantial’ number of employees in coordination with the Dubai Health Authority and the Ministry of Health and Prevention.

Emirates is administering both the Pfizer-BioNTech and Sinopharm vaccines at various locations across the UAE. Inoculation appointments will run 12 hours a day, seven days a week to ensure as many essential aviation workers as possible can get the vaccine.

Like all citizens and residents, Emirates employees in the UAE can also opt to get vaccinated at government designated medical centres and clinics.

According to the data compiled by Our World In Data, the UAE is on track to inoculate over 50% of its population by the end of March.

SIA
Singapore Airlines (SIA) on the other hand began their exercise earlier last week (Jan 13). In line with the Singaporean government’s vaccine campaign, SIA has made vaccinations voluntary, though they strongly encouraged all eligible staff to take the jab.

SIA’s exercise coincided with a mass campaign to vaccinate over 35,000 frontline aviation and maritime workers at various locations across the city-state. The program was launched on Jan 18th and targeted at employees who are more likely to encounter travellers from high-risk countries.

According to the Civil Aviation Authority of Singapore, aviation and maritime workers who complete the full course of vaccinations will need to go through fewer testing requirements.

Singapore officially began vaccinating residents on December 30, with priority given to frontline workers.